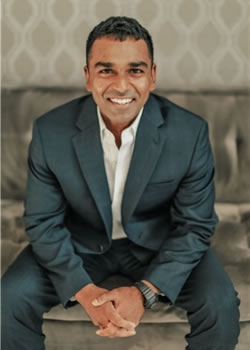 My name is Aditya (A. D.) Atholi and I am running for Congress in TX-01 for one simple reason: I am scared.

We are all used to the scaremongering and hyperbole from the national media and politicians. So we, like most Americans, never pay attention to them.

In our history, we have had multiple pandemics such as measles, smallpox, and Spanish flu. But this is the first time we've had the federal government force people to take a vaccine.

In our history, we have had unguarded borders before. But this is the first time ever that a majority party has decided that having a controlled border is a bad thing.

In our history, we have had many horrible riots. But last year we witnessed the most destructive riots in American history. And it was the first time it was considered racist to say anything against them.

In our history, we have had many incidents of censorship before. But this is the first time that the federal government worked with big media, big corporations, big unions, and big lobbyists to censor one mainstream side of the argument: the conservative side.

In our history, we have left behind citizens in hostile nations before. But this is the first time that the federal government left behind an unknown number, likely in the thousands, of Americans behind in a hostile country.

In our history, we have given weapons to bad people before. But this is the first time we left behind an entire army's worth of weapons, equipment, and ammo to the worst terrorists on the planet.

In our history, we have had high debt/GDP ratios before. But this is the first time, our debt/GDP ratio has stayed over 100% for years and continues to climb even higher, with not even a discussion of what needs to be done.

A society, just like a family or a marriage or a person, will always have good times and bad. So it's important that we don't get worried when things are bad, because this too shall pass.

But with this many principles of American society being violated for the first time, it should serve as a loud warning signal for what lies ahead for us. The increasing politicization of our non-political institutions, such as public schools, universities, Hollywood, big business, big unions, newspapers, radio, science, experts, facts, etc. is a direct result of the current condition of the country.

Historians, politicians, and commentators all agree that something needs to be done. But you never hear a plan.

That is why we are running. We have a specific, actionable plan that can change our country's direction. The Plan is simple, but not easy. It will be a group effort.

The Plan is Local Self-Government.

Only by giving communities the ability to fix their own problems, can the country move forward. This is what Republicans have believed for hundreds of years, and there is a specific and simple way we can return to this again.

So far The Plan has been approved as an actionable, realistic way that we can fix our country's direction by: grassroots voters, evangelical Christians, business people, lawyers, doctors, engineers, teachers, former US congressional staffers, former US Congressmen, East Texas County GOP Chairs, and County Judges. No one thinks it'll be easy, but not a single person can identify flaws in it.

This can be done. And it will be a group effort. No politician, including myself, can fix our problems now. We will have to do it ourselves. And we can. And we will.

We will be speaking about this specific and actionable Plan at civic organizations and media groups across East Texas in the days to come. If you want to know The Plan and how you can participate, we will speak to your club, group, or even at your home.

Email our campaign at joinus@atholiforcongress.com to schedule something with our team soon.

PAID FOR BY ATHOLI FOR CONGRESS