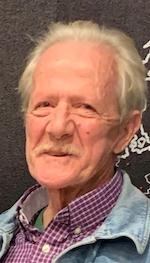 Clifton Eugene Wilkinson, 71, of Center, Texas, passed away in Nacogdoches, Texas, on Wednesday, May 4, 2022.

Memorial services will be held at First United Methodist Church – Center on Saturday, May 14 at 11:00 a.m.

Cliff was born in Center, Texas on July 14, 1950 to Bonnie and Milton Wilkinson. He lived in San Antonio, Texas, before moving back to Center as a teenager. He graduated from Center High School and attended Angelina College. 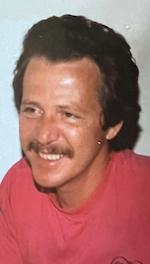 Cliff worked numerous jobs over the years, including as a fishing guide on Toledo Bend, as a wallpaper hanger, disaster relief, at Midwest Datacomm, and at Hawkeye Hunting Club. He enjoyed an adventurous childhood traveling around the world with his family. He made many memories while living in Guam and exploring the island.  He made many lifelong friends that he enjoyed keeping up and visiting with on a regular basis.

Cliff was a great dad and his girls were the center of his world. He would do anything to make sure they were happy and taken care of. They will miss him greatly. Cliff enjoyed fishing with friends, listening to music, supporting Ducks Unlimited, target shooting, classic cars, cooking, joking around, fixing up houses, and raising cattle. He loved his German Shepherd dogs, and they were all great companions.

Cliff is survived by:

Numerous cousins, great-nephews and a great-niece, and a host of friends throughout the world.

Online condolences and tributes can be sent at www.watsonandsonsfh.com