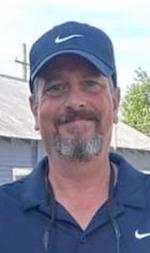 His wishes were to be cremated and a memorial service will be held at 2:00 PM Sunday, January 29th, 2023, at Watson and Sons Funeral Home in Center. Visitation will be one hour prior to the service.

He attended Joaquin High School and graduated with the Joaquin High School class of 1988. While in school, he was very active in sports. He played both football and basketball, along with running track. After high school, he joined the United States Air Force and was an armament aircraft mechanic. He was employed for many years at Bruce Hardwood floors and later Ace Hardware of East Texas. His last 3 years he had his own business “Truitt will do it” handyman services.

Growing up in East Texas he loved to fish and camp and spent many summers with his brother and cousins. He and his brother were close in age and close to heart as they shared their love of football and Star Trek.

He was 18 when his baby sister Kelly was born and his role of big brother was taken very serious throughout his life.

Allen was blessed to have 2 mothers who cared deeply for him. As a teenager, his stepmom Gwen came into his life and loved and cared for him as his own.

Allen’s biggest achievement in his life was his 4 children. His love for them was immense and will never be forgotten.

Allen also has a passion for his favorite NFL team the Miami Dolphins. No matter if they won or lost, his support of them never wavered.

He is survived by his:

He is also survived by numerous other cousins, friends, and family.

Services under the direction of Watson and Son Funeral Home www.watsonandsonsfh.com.