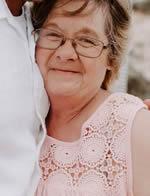 Laquannah Francine Lowe Parker of Joaquin, passed away Tuesday, January 14, 2020 in Shreveport, LA. She was born in Grand Saline, Tx to Richard and Adeane Lowe.

A host of cousins, family, and friends.

Laquannah will always be remembered for her role as Mama, Nana, and boss. She was a hard worker, loyal, and a true friend to those that were lucky enough to be blessed by her friendship. It could probably be said that she could be difficult to work for, but, she only expected the best out of her employees, and she never asked them to do anything that she wasn’t willing to do herself. Her kids and other family members will always remember her for her giving heart and selfless acts. All anyone ever had to do was mention that they needed or wanted something and she was right there to do whatever she could to make it happen. She will be missed by all and remembered forever.

Funeral Services are under the direction of Boone Funeral Home, Bossier City, LA.