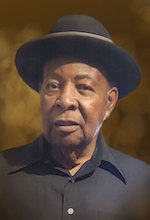 Paul was stationed with the U.S Army in Fairbanks, Alaska from 1951-1953. After serving time in the Army, Paul went back to school to get his high school diploma and started driving buses for Carthage ISD for 14 years. He also operated a small salvage yard where he worked on and sold cars. He also ran a 1970’s Café. He later worked for Panola County Road and Bridge for 14 years from 1980 to 1994 from which he retired.

He was preceded in death by his parents Bob and Zella Cole Anderson; siblings, Lonnie, Wilson, Daisy, LM. Jesse, Rosie, Earl, and Edith; and his loving wife, Idale B. Anderson.