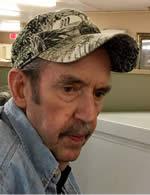 Rickie Paul Jernigan, 70, of Bellaire, TX went to be with the Lord on June 6, 2019 in Houston, TX after a brief struggle with cancer. Rickie was born on December 26, 1948 in Center, TX, where he spent much of his life.

At a young age, he was industrious and had a penchant for working odd jobs to help support the family. This hard-working ethic continued into adulthood, where he had a bivocational career of auto mechanic and K9 police officer. Not only was he gifted at repairing a Volkswagen and building recreational vehicles from top to bottom at his shop Rick’s Foreign Auto Repair with a tagline of “Bug me with your Beetle,” but he had a special skillset at communicating and effectively training dogs. Life was not all work and play for Rickie, as he was notorious for playing the perfect prank on any poor unsuspecting soul. A person had to wake up very early in the morning to fool him, even in the twilight of his life, he remained sharp and vigilant.

He is survived by:
Siblings:
Shina and Woodie Jernigan
Reba and Harry Powers
Rebecca and Mike Towns

A memorial will be held at Antioch Community Center on June 29th, 2019 from 1 to 3 pm. He will have a graveside marker placed at Mount Pleasant in Center, TX later. In lieu of flowers, the family asks that donations be made in Rickie’s honor at the Dog’s For Law Enforcement Program at  https://dogsforlawenforcement.org/index.php/donate-page/.