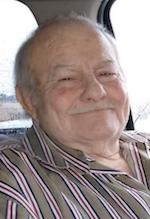 Roy Gene Weeks, 73 of Center, Texas, was born September 16, 1948 to Preston and Gladys Weeks of Shelbyville, Texas. Roy passed away on June 16, 2022 at Holiday Nursing Center in Center.

Roy was preceded in death by his father Preston Weeks, mother Gladys Schillings, and his two sisters, Carolyn Jackson of Center and Francis Fountain of Houston.

Roy is survived by:

Brother by heart and soul, Bryan Beavers of Center

A Staff Sergeant in the United States Air Force, Roy served as a military police officer from October 1968 to April 1980. Roy retired from the Air Force after being wounded during active duty. Roy owned and operated several businesses including a clothing resale shop, the Sunshine Club, and a VFW Hall. With a genuine passion for music, Roy was known throughout East Texas and beyond as country western singer Roy West. He performed at local venues across the state of Texas, and got to enjoy all of the wonderful sights along the way. Roy had a love of the traveling and exploring the outdoors, particularly fishing and boating.

Funeral services are being held Saturday, June 25th at Watson and Sons Funeral Home in Center, Texas. Visitation will begin at 2pm with services being held at 3pm. No graveside services will take place in honor of Roy's wishes to be cremated.

Online condolences and tributes can be sent at www.watsonandsonsfh.com.