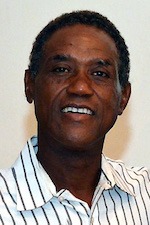 Those who are left to cherish his memory:

Along with a host of other relatives and friends.

He was preceded in death by parents, Holman Garrett and Mollie Beatrice Curl, and grandchild, LaSharvia Edwards.