June 3, 2019 - Each year teachers, community members, and staff gather to celebrate the achievements of those individuals that have had a positive impact on the lives of our students and inspire young individuals to achieve the impossible. Each award presented is named after an individual that has had a profound positive impact on others. This year’s Teacher Awards & Appreciation Luncheon was held on May 31st in the Tenaha High School Cafetorium. 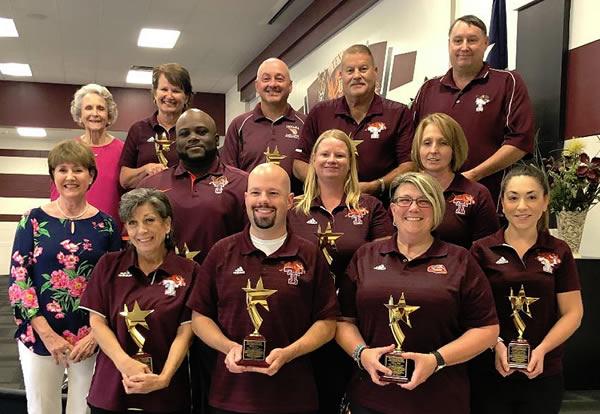 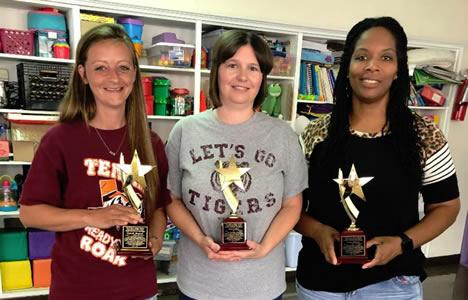 The “Star Awards” were also given to the Tenaha Daycare Staff for their ongoing dedication and commitment to excellence (pictured left to right) Michelle Wagstaff, Christine Sims, and Catrice Roland. 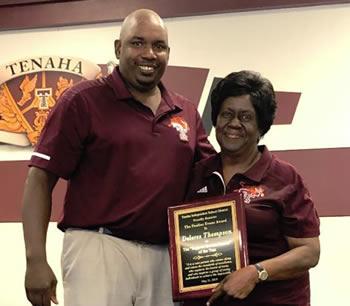 The Paulyne Evans “Support Service Person of the Year” Award presented by school board president, Aaron Roland, was awarded to Delores Thompson. 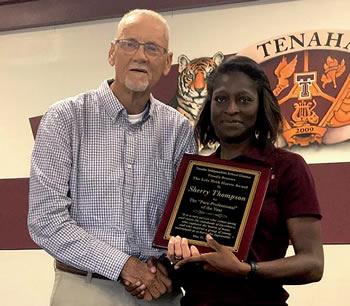 The Lela Beth Harris “Para-Professional of the Year” Award presented by school board member, Mide Ogden, to Sherry Thompson. 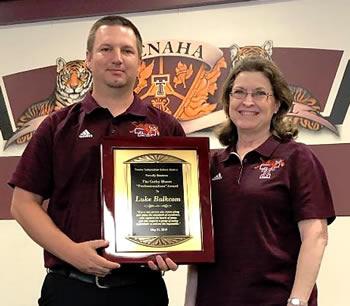 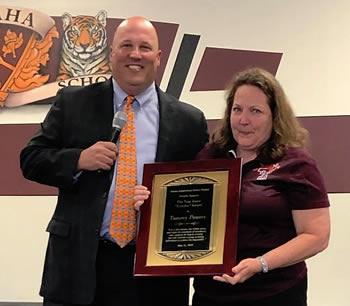 The Tom Jones “Loyalty” Award was presented by Tenaha ISD Superintendent, Scott Tyner, to Tammy Powers for her 33 years of dedication and commitment to Tenaha ISD. 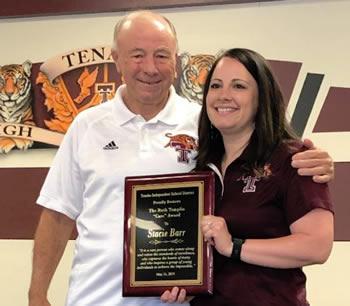 The Ruth Templin “Care” Award was presented by Jimmy Bowlin to Stacie Barr. 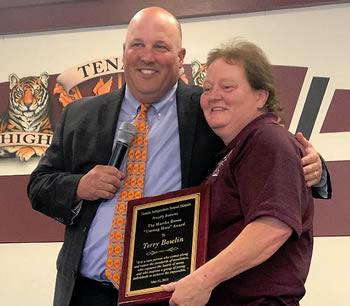 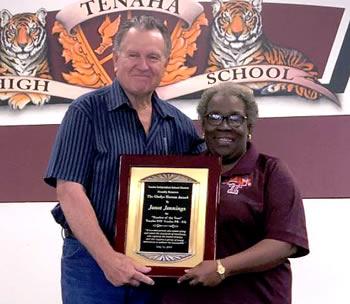 The Gladys Horton “PK-5th Teacher of the Year” Award, presented by George Horton, was awarded to Janet Jennings. 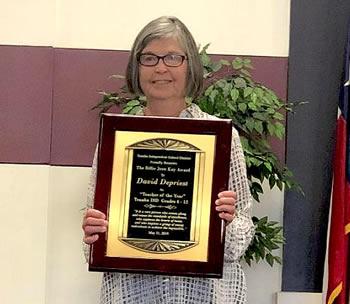 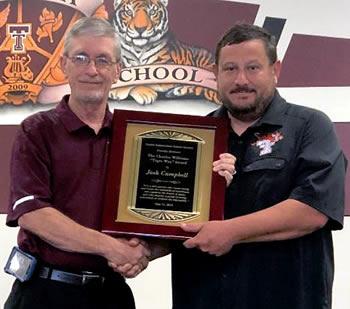 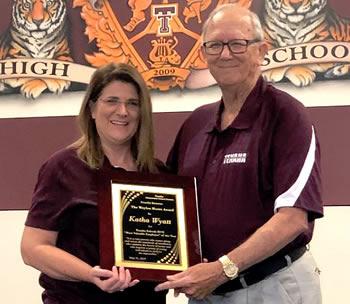