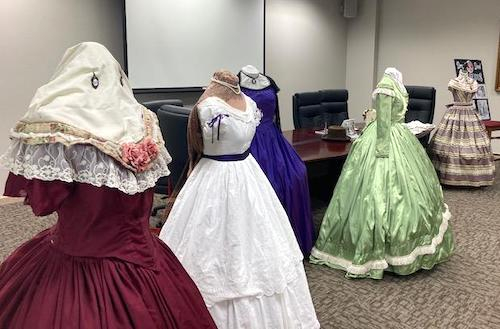 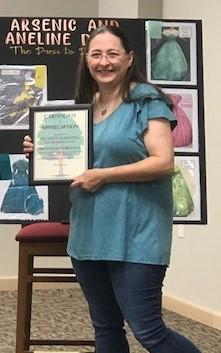 August 20, 2022 - It is axiomatic that women pay a price to be beautiful, but in the 19th century that price might have been their lives. Speaking to the August monthly meeting of the Timpson Area Genealogical and Heritage Society, Brandy Harding revealed some of the harmful, toxic, or even deadly cosmetics, dyes, and drugs to which women were exposed in their quest for beauty and fashion in the Victorian period.

Standing among five beautiful authentic reproduction 19th century dresses that she had hand-sewn as well as a display of vintage cosmetics, Harding said “I got into Victorian clothing about ten years ago when my son became interested in Civil War re-enactments. We decided that our whole family would get involved in it and we have been doing it ever since. He wanted to play a soldier and got all the costumes and uniforms for that but my daughter and I became interested in the dresses of the period. At first we used the patterns available at Walmart but the more we read and studied, the more we realized that these patterns weren't really authentic. I decided that I would figure out how to make period-correct dresses. A big problem with that was that I had taken one Home Ec class in school and learned how to make pillow cases. But my mother and grandmother are good at sewing and they tried to teach me. After a lot of trial and error and seam ripping I managed to be able to make a dress. My desire for authenticity led me to research of 19th century hair styles, cosmetics, and fabrics, and I discovered the terrible, sometimes fatal, health effects the clothing, cosmetics, and drugs of the era had on women.” 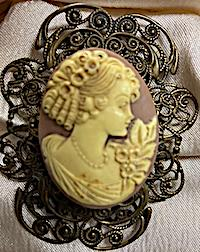 “In order to understand Victorian dress design you have to understand the Victorian ideal of feminine beauty. A major part of that was a woman's waistline. The smaller it was, the better. The pretty hour-glass shape is still admired today. However, 19th century women achieved it by wearing tightly laced corsets under their dresses. The large, puffy sleeves of their dresses up top and the huge hoop skirts on the bottom accentuated the ladies' small waist. The problem was that to achieve that look, many women had to lace their corsets so tightly that they could hardly breathe, which compressed and displaced their internal organs! There is a museum in Fort Worth that has x-rays of women's bodies which had been deformed by years of wearing tightly laced corsets. These corsets also contributed to difficult child births because women who had worn corsets since childhood had not developed their core abdominal muscles and these are important in childbirth”, Harding continued.

“Besides being cumbersome and hard to manage, the large hoop skirts themselves were a health hazard. I have worn them a lot as part of our re-enactments and the simplest things such as sitting are difficult. Walking through a normal size doorway requires pushing and pulling and when you are outside the wind catches them and blows them up. Any sort of machinery or conveyance posed a threat because the skirt might become caught in it. I read about a case in San Augustine where a woman's hoop skirt became entangled in the wheel of a coach, pulling her beneath where she was crushed to death. The fabrics were flammable and open flames were common. Many women were burned to death when their voluminous skirts and petticoats were ignited and burst into flame. The New York Times claimed in 1862 that an average of three women per week died that way in the city,” Harding revealed.

“Women who avoided being entangled in machinery or catching fire were still not safe in their dresses, however,” Harding continued. “The fabric colors achieved using natural plant dyes for were much duller than those manufacturers could produce using chemicals, the harmful effects of which were either unknown or ignored. A brilliant green fabric dye widely used during the period contained arsenic. Aniline dyes were made using benzine, coal tar, and potassium chromate. Not only did these harmful chemicals affect the health of the woman who wore the dress,” Harding continued, “but also the health of anyone who handled the dress and the factory workers who made the fabrics. The use of these dyes was not outlawed until the early 20th century.” 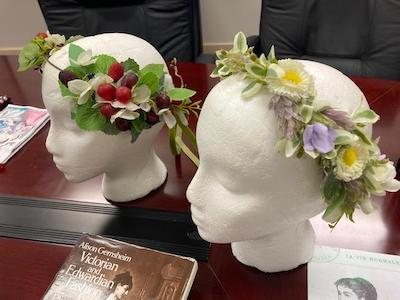 “Ironically, the 19th century ideal of feminine beauty was of women who were pale, sickly, and looked like they might faint at any moment. Women who were afflicted with “consumption” were thought to be especially beautiful. The pale skin, sunken cheeks, and glassy eyes of a sufferer were much admired. The paler the skin, the better. Women wanted to look like they had never been outside. A sun tan was a mark of a person from the lower classes. Fainting couches were a popular furnishing. Women carried parasols to protect themselves from the sun and they always wore gloves. The cosmetics they used ensured that they achieved this look,” Harding shared.

“Commercially prepared cosmetics or 'make-up' were not widely available in the Victorian Era, so women visited the apothecary or druggist. There they bought skin cleansers, creams, charcoal pencils, and lipstick made from insects and flowers mixed with oil. Mercury, lead, nitric acid, and arsenic were common ingredients. Prolonged use of these toxic concoctions produced fatigue, weight loss, nausea, headaches, muscular atrophy, and paralysis. Apothecaries also sold arsenic wafers which helped women to achieve weight loss and the pale complexion they sought, but these were just the side-effects of the terrible health consequences,” said Harding. “The medicines sold to cure the resulting illnesses usually just contributed to them. The sought after glassy-eyed appearance could be gained by instilling a potion made from belladonna into the eyes, prolonged use of which brought on blindness. One source I read said a similar result could be had by instilling orange juice into the eyes each morning,” Harding concluded. 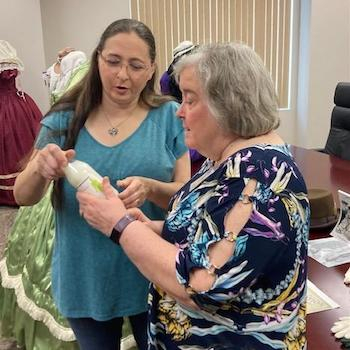