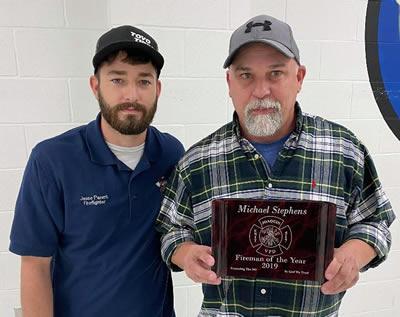 After a wonderful steak dinner, Fire Chief Perry Pugh welcomed the guests, as well as the members and their families. Chief Pugh talked about what a productive year the department has had, highlighted by the opening of Fire Station #2 on Highway 7. He also spoke of some exciting things to come, such as the addition of a new rescue engine to the department’s fleet of trucks in 2020, made possible by the approval of a USDA grant filed by the city.

He then turned the program over to Training Officer Stephen Ewing, who handed out several service awards. Firefighters Nat Rodgers and Michael Bates were recognized for five years of service, and Chief of EMS Jesse Griffith was recognized for 25 years. Firefighters Brock Pugh and Michael Stephens and Traffic Officer Tommy Boyett, along with Assistant Chiefs Jeremy Boyett and Steve Cockrell and Chief Perry Pugh received recognition for perfect attendance at meetings, and Jeremy Boyett was awarded a certificate for answering the most calls for the year. Firefighter Jesse Parent, who received the honor of Firefighter of the Year in 2018, presented the 2019 award to Firefighter Michael Stephens.

The Joaquin Volunteer Fire Department would like to wish all citizens of our community a safe and happy holiday season. 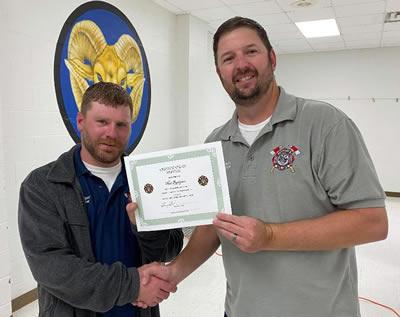 Firefighter Nat Rodgers is presented with a certificate thanking him for five years of service by Training Officer Stephen Ewing. 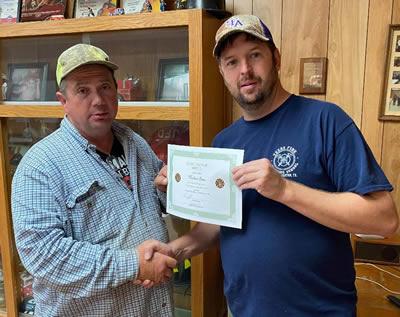 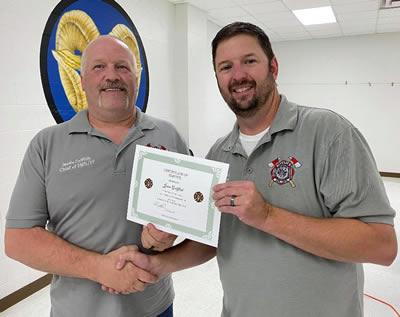 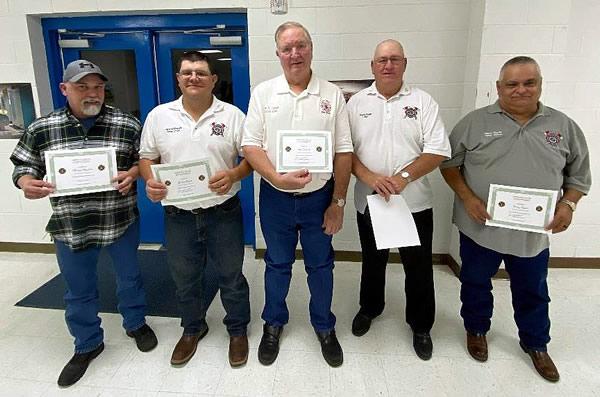 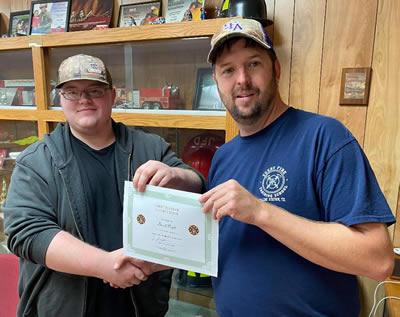 Also being recognized for Perfect Attendance was Firefighter Brock Pugh. 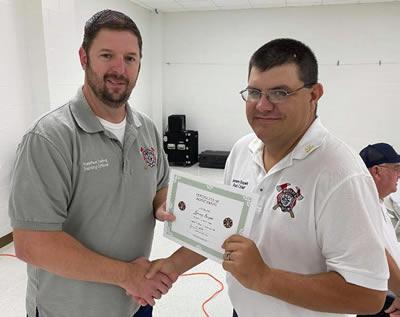 Assistant Chief Jeremy Boyett received an award for answering the most calls in 2019.