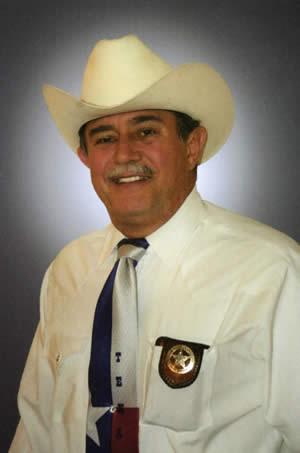 I was born and raised in Center, Texas. I graduated from Center High School in attended Panola College. I joined the United States Marine Corps and volunteered for a tour of duty in Vietnam in 1966. On my second trip to Vietnam, I was wounded in action and received a Purple Heart Medal. I received an honorable discharge from Marine Corps in 1972.

I have been a certified Texas peace officer for 46 years. I hold a Master Peace Officer Certification, which is the highest certification level awarded by the State of Texas. I was appointed and sworn in as a Deputy United States Marshal in 2005 and 2011. I have served as Sheriff in Orange and Shelby Counties in Texas.

I have had many experiences to learn, to grow and to develop myself into a leader in the law enforcement profession. When I am elected to serve as the next sheriff of Shelby County, I vow to be a visible, hands-on, working Sheriff. I know firsthand what my officers, as well as the citizens of Shelby County, need from the Sheriffs office. I will use my experience and skills to develop innovative, cost-effective strategies to make Shelby County a better and safer place for our children and grandchildren, who are our greatest assets.

I feel that experience will make all the difference! 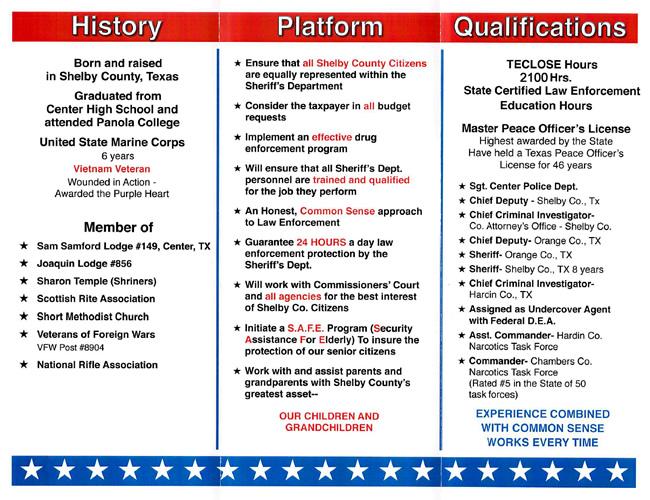 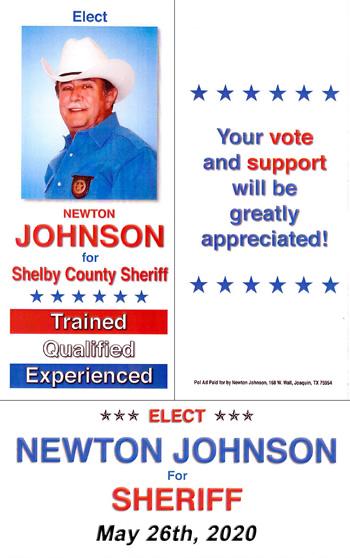