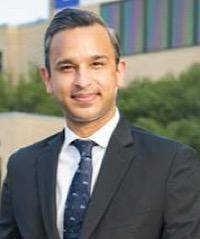 “Looking back over my tenure here in Nacogdoches, I am filled with pride as I reflect upon all the work we have achieved together and humbled that I was so fortunate to work with such an incredible team,” said Koovakada. “The team at NMC is filled with compassionate and driven people with the shared goal of providing the highest quality of care for the people of Nacogdoches and surrounding counties.”

Koovakada’s tenure at NMC began in 2016, where he served as chief operating office with responsibilities for the daily operations and oversight of NMC’s ancillary departments. Under his direction, the hospital earned consistent recognition and has exceeded national guidelines for excellence in care and improved operational efficiency. His leadership also positively impacted patient and employee satisfaction and has contributed to numerous accomplishments, including:

·         Primary Stroke Center Certification and the Gold Seal of Approval from the Joint Commission and the American Heart Association/American Stroke Association’s Heart-Checkmark for Primary Stroke Centers
·         The Joint Commission's Gold Seal of Approval for Chest Pain and Total Joint Replacement
·         Commission on Cancer Accreditation through the American College of Surgeons
·         Level IV Trauma Center Designation and Level II Special Care Nursery Designation by The Texas Department of State Health Services, and nine consecutive letter “A” grades from hospital safety watchdog The Leapfrog Group
“Philip’s track record speaks volumes about his leadership style that includes setting clear strategies and expectations and fostering a culture of collaboration between medical staff, employees and administration,” said Matt Stone, Baptist Health System group CEO. “I am confident that Philip is the right choice to complement St. Luke’s and Baptist Health System’s commitment as a Community Built on Care.”

Before his role at NMC, Koovakada served on the leadership team over the cardiovascular service line at Desert Regional Medical Center, a 385-bed, level II trauma center in Palm Springs, California.

Koovakada begins his role at St. Luke’s on December 11, 2019. A nationwide search for his replacement at NMC is underway.