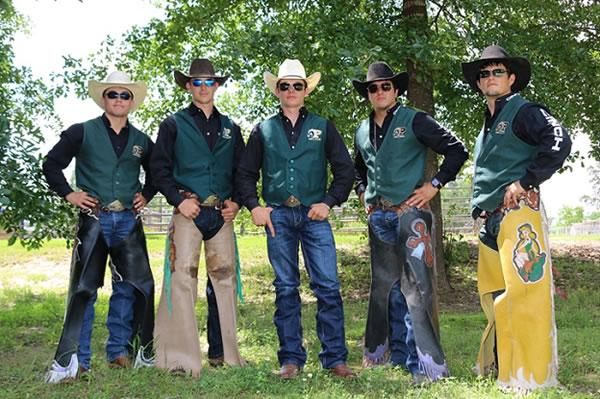 Logan Cook, the 2018 and 2019 All-Around Champion, does it again! Cook won 3rd in the Saddle Bronc Riding were he finished the year in the number 2 position. Logan will be attending his 3rd CNFR, in both the Saddle Bronc Riding and the Tie down Roping. Logan has won both his All-Around titles by competing in 3 events, Tie Down Roping, Saddle Bronc Riding and Team Roping. Jeffrey Collins says “Logan is simply amazing, he can ride, rope and do anything a horseback you ask him to do. He will win a National Title and many more to come. We will miss him when he is gone, and this team is a whole lot better because of his presence here at Panola. I think when you look up the word “cowboy” in the Dictionary there should be a picture of Logan Cook, or as we call him Cookie.”

Jackson Williams took the title home in the Steer Wrestling with a 5.1 second run. Jackson is a Sophomore that will graduate and move on to AUM (Arkansas University at Monticello). Jackson’s win pushed him to 5th position in the Southern Region Standings. Williams weighs about 145 and has been placing in most of his events, and it’s an extremely physical event that is generally dominated by heavy weights.

Macon Murphy, Tie down Roper from Keatchie, La., won 3rd place with a 9.3 second run. Macon has been fighting for a spot in the top three in the regional standings all season. The points he earned at Wharton pushed him into the number 3 position, and he is moving on to the CNFR. Coach Collins says “Macon is a determined hard working young man. His horse is always in good shape and well attended to also. I expect great things from both of them. The great thing is he is just a freshman, and we get him back next year!”

Campbell Grove, Sophomore moving on to Sam Houston State University, won 3rd in the Girls Barrel Racing. Campbell has been winning on a fairly young horse named P, a 5-year-old. Coach Collins says “Campbell is a great kid that has been a great asset to our program here, we will miss her. I know she has a great future in our sport, and in life. She is an amazing young lady and I am glad we got to be a small part of her life.”