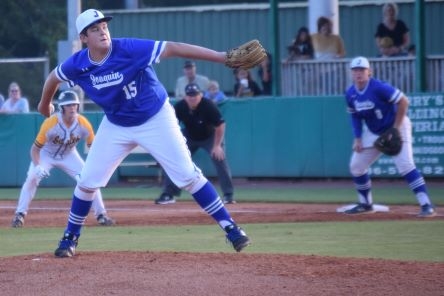 The Joaquin Rams varsity baseball team fell to the Woden Eagles on Monday during a District 23 2A play-in game to determine the conference’s fourth place representative for the UIL playoffs.

The Rams gained an early 2-0 lead when D. Holt singled to centerfield in the bottom of the first inning and Malik Stotts followed next with a single to rightfield. They were later driven in by hits by Bennett Anglin and Drew Fuller.

Woden scored to cut the JHS lead to 2-1 in the top of the third inning but Joaquin got a lead-off base hit by Holt in the bottom of the third frame and he later tagged and scored on a teammate’s sacrifice fly to give Joaquin a 3-1 run advantage.

Joaquin’s final hit of the day came in the bottom of the fourth inning when Jairo Blanco singled to rightfield with one out. The Ram’s final base runner was also Blanco who was hit by a pitch in the last inning to lead-off the frame.

Woden scored four runs in the top of the sixth inning during a rally which gave them a 6-3 lead which held up for the remainder of the contest.

Woden’s Gage Griffin struggled early on the mound for the Eagles but gained velocity and accuracy as the contest progressed. He struck out fourteen Joaquin batters in a complete game performance.

Joaquin’s Bennett Anglin and Maddox Hutchins teamed up for seven strikeouts for the day.

Joaquin's girls softball team is still very much alive after defeating Douglass High 21-3 and 14-0 at Nacogdoches High School during UIL Bi-District elimination play. They will next face Colmesneil. 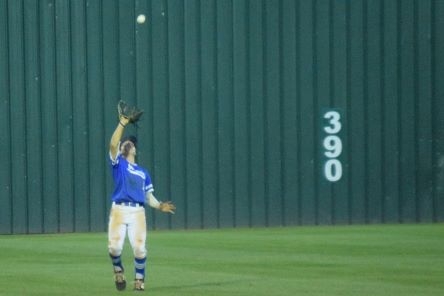 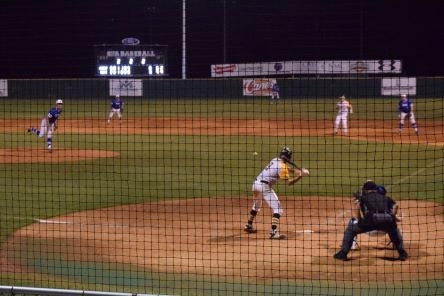 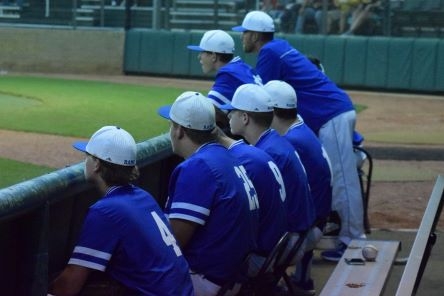