June 22, 2020 - Panola College is proud to announce the establishment of the Robby Smith Memorial Scholarship. The scholarship was formed by Robby Smith’s close friends and family. 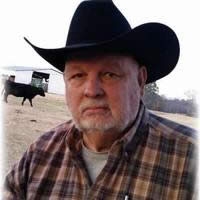 Robby Smith graduated from Carthage High School with the class of 1966. He earned a BBA from Baylor University in 1970. He worked in the farm and ranching business his entire life and was also employed in the banking industry for several years. Robby was also a member of Still Waters Cowboy Church.

Robby served the community in several different capacities. He served as president of the Carthage ISD school board, was a member of the Carthage Noon Lions Club, Panola County Cattleman’s Association, Panola County Junior Livestock Show, and ringleader of the Beef Bunch. He enjoyed his hunting trips, playing forty-two, and talking cattle with his buddies. His priority was God first and then his family. He adored his wife, Joy, his sons & daughters-in-law, and his precious grandchildren, who lovingly called him Popsy.

The Robby Smith Memorial Scholarship will be awarded annually to a Panola County resident who participated in the Panola County livestock show. The selection of the recipient will be made in the spring each year.