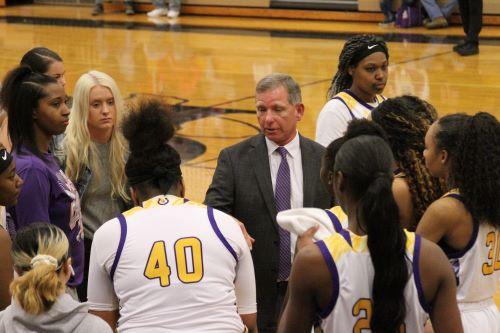 The girl’s varsity game was never close and Center gained a 20-4 lead by the end of the first quarter. By halftime the CHS lead grew to 41-6. The Lady ‘Riders were outscored 13-14 in the third period but still led 54-20 going into the final period of play. Center eventually cruised to a 69-32 win.

The boy’s varsity matchup was much closer. The Roughriders  jumped out to  a 10-4 lead early and led 18-11 at the end of the first stanza, They held a 33-29 lead at the midway intermission. Center outscored Hudson 15-9 in the third period and took a 48-38 point advantage into the fourth quarter. The ‘Riders outpaced the Hornets 20-16 in the final period to take the win by a final score of 68-54.

The Roughriders were led by Makel Johnson with 18 points. Jamarcus McCollister scored 14, Zacc Smith 13 and Jamarrion Evans was another ‘Rider in double-digits with 12 points. Hudson’s Teraven Rhodes led the Hornets with 22 points.

The Roughriders are 11-15 this season and have a 1-1 conference mark.

The Lady Roughriders will host the Jasper Bulldogs next Tuesday, January 28, 2020 at 6 p.m. in Center, The Roughriders varsity boys team’s game will follow.