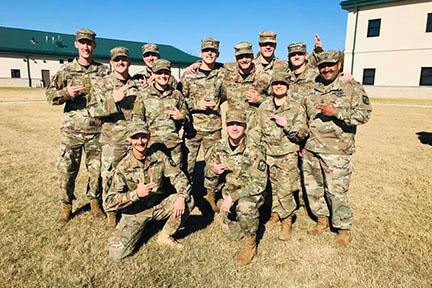 “Winning the competition put SFA on the map,” said Maj. James Attaway, SFA professor of military science. “Some of the other universities had not heard of us, but halfway through the competition, it was apparent they were noticing the preparedness of our cadets. By the end of the competition, everyone knew us.”

The achievement advances the team to the Sandhurst Military Skills competition, which will be held in April at the U.S. Military Academy at West Point. Among 274 ROTC programs nationwide, only 16 teams advanced to compete at the Sandhurst competition.