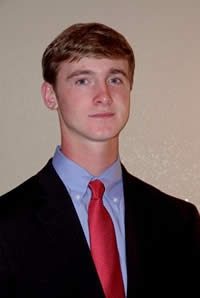 October 23, 2020 - Two Shelby County 4-H youth were awarded the District 5 Gold Star at a banquet on October 6, 2020 at The Barn in Nacogdoches. The Gold Star award is the highest award given by Texas A&M University and is based on the 4-H member’s project, leadership and citizenship/community service participation on the county level. Receiving the award this year were Mr. Lance Holloway and Mr. Wesley Wages.

Lance eagerly joined 4-H in the third grade to show livestock and especially to participate in the Shelby County Shooting Sports program. He has continually grown in shooting sports including placing at the state games, becoming a Texas Parks and Wildlife Whizbang Qualifier and giving back to his club by becoming a certified assistant coach and State Shooting Sports Ambassador. Lance is the son of John Henry and Chelsea Holloway from Center, Texas. 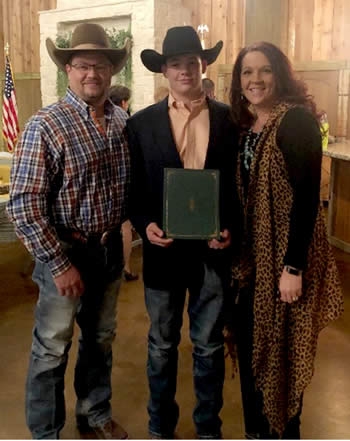 Wesley is a member of a multi-generational farming and agriculture family. He began his 4-H career as soon as he was in third grade, being involved in showing market and breeding goats, market broilers and breeding beef heifers. He has served as an officer of 4-H for five years. He has also been involved in Livestock Judging, leadership activities, and numerous other volunteer activities. His passion for the agriculture industry can be seen in every aspect of what he does. He also truly enjoys helping mentor the younger up and coming agriculture students and offers his assistance whenever he can.  Wesley was blessed to grow up with mentors in agriculture among both family members and friends, and he understands the importance of teaching the next generation of Agricultural leaders. Wesley is the son of Bryan and Dee Wages of Center, Texas.