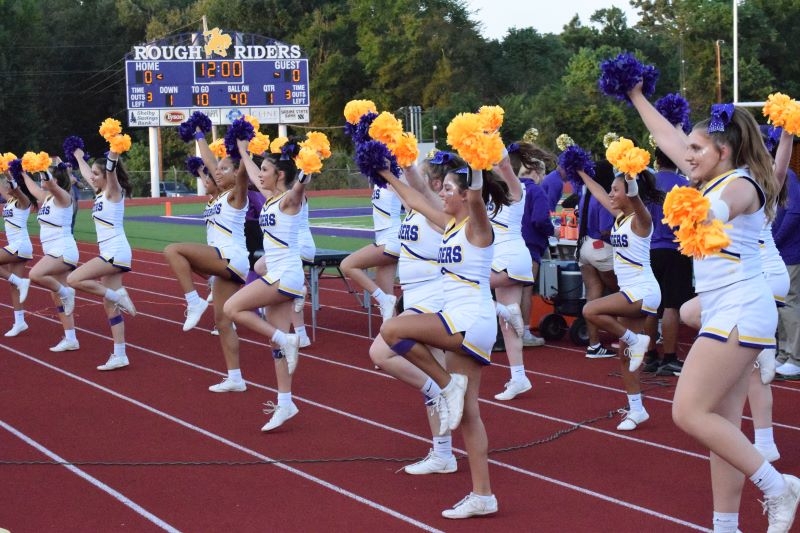 The Center Roughriders fell to 0-3 after they suffered a narrow 15-14 loss on the road against the Bears at Gladewater. The ‘Riders will travel to Chapel Hill on Friday, September 17, 2021 for a 7:30 p.m. kickoff at Bulldogs Stadium. Chapel Hill is 3-0 and they won at Hallsville last week by a 35-16 score.

The Joaquin Rams broke into the win column with a 62-0 home win over the Groveton Indians. The Rams now have a 1-2 record. This week is Joaquin’s homecoming. The Rams will host the Ore City Rebels who have an identical 1-2 record. They also broke into the win column last Friday with a 28-19 win over the Big Sandy Wildcats. Kickoff, at Rams Stadium, is on Friday September 17, at 7:30 p.m.

The Shelbyville Dragons fell to the Waskom Wildcats by a 60-14 score on Friday. The Dragons are now 1-2. They will host Trinity Christian at Dragons Stadium on Friday, September 17, at 7 p.m. The Eagles last beat Temple Christian at home by a 22-6 score. They are now 1-1 this season.

The Tenaha Tigers suffered their first season loss last week as they fell to the visiting Brook Hill Guard by a 22-12 score. The Tigers now stand at 2-1. They will travel to Tyler Grace Community Cougars Stadium for a 7:30 p.m. kickoff on Friday September 17. Grace Community is 0-3. They fell at home to Covenant Christian by a 48-6 score last week.

The Timpson Bears received a Covid induced forfeit from the Mount Enterprise Wildcats last week. They defeated the visiting Waskom Wildcats two weeks ago by a 49-28 score to move their record to 2-0. They will host the 0-2 Price Carlisle Indians on Friday, September 17 at 7:30 p.m. The Bears are the sole unbeaten team from Shelby County this season.