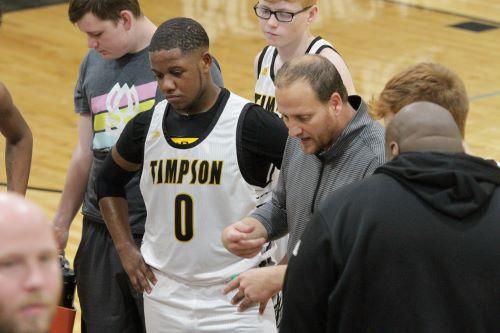 Tenaha, Timpson, and Joaquin High Schools all won their opening round tournament pool play games at Gary High School’s Invitational Basketball Tournament. The tourney will continue through Friday and conclude on Saturday.

The Timpson Lady Bears won 49-32 over the Beckville Lady Bearcats. Timpson held a 31-16 advantage at the midway intermission. Six third-quarter points by Emma Ramsey helped Timpson increase their lead to 40-24 by the start of the final period. Ramsey had 11 points on the night. McKenzie Wynn led Timpson with 12 points for the game. Timpson Lady Bears Coach Bryan Braddock got little rest as he pulled double-duty and coached the Bears Boys Varsity team in the very next game versus the Douglass Indians.

The Bears also came out victorious with a 48-35 win. Braden Courtney led the Bears with 16 points. The Bears trailed twice in the first quarter and only led 14-13 going into the second stanza. Timpson led 21-16 at the half after only allowing the Indians 3 points in the second frame. Timpson never trailed in the second half.

The Tenaha Lady Tigers were able to overpower the Broaddus Lady Bulldogs by a 47-27 score in their opening round pool playoff.