May 11, 2022 - Self Defense America in Center TX hosted a couple of testing for new ranks in Taekwondo. Our students are from ShelbyCounty, San Augustine County and Desoto Parish.  They have to show their knowledge of  strikes, blocks, kicks, proper stance in which to accomplish theses techniques also they are tested in poomse (forms) to their current belt ranks. Self Defense skills are also demonstrated for this exam. Then we have the board breaking and for Black Belt canididates they have a brick they have to brake, you can see the videos on our Self Defense America face book page. 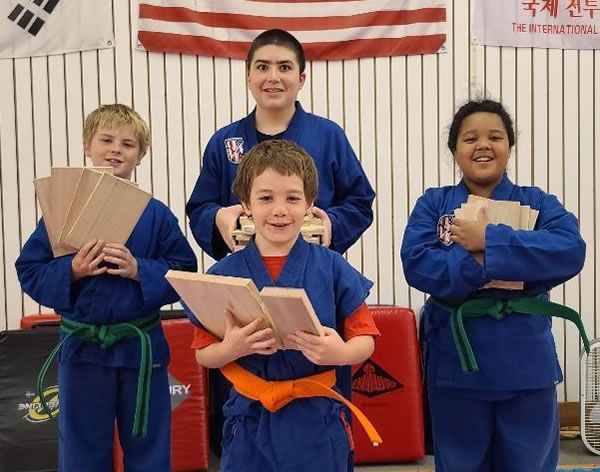 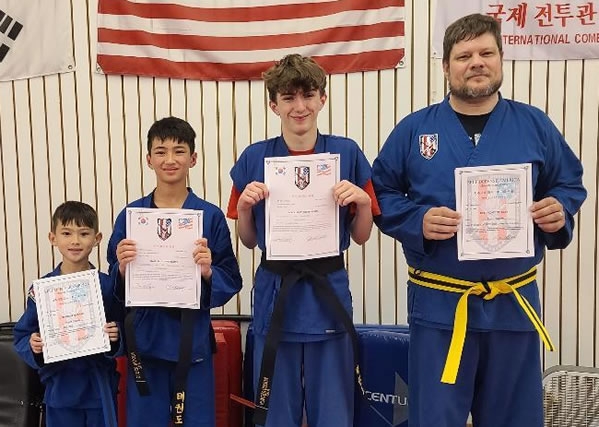 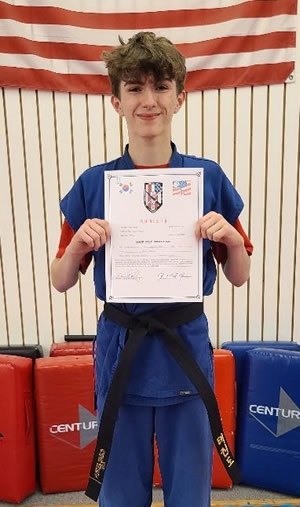 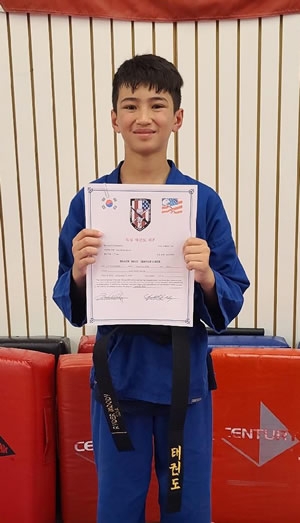 In the 4th photo is Ryder Moody, 1st Dan Black Belt is a 12 your old who keeps an A average at his school and his hobbies are Taekwondo, gaming, skateboarding and swimming. He enjoys spending time with family and friends.

We are very proud of all of these students!