September 10, 2019 - A time honored tradition continues at Tenaha Independent School District. Tenaha ISD recognizes those that have displayed outstanding dedication and commitment to their community. Through the years numerous members have been initiated into the Hall of Honor.

The process begins with nominations from members of the community. A committee then begins the difficult task of deciding who will be chosen. This year Tenaha ISD is proud to present Robert Barton and Mike Ogden as the 2019 Hall of Honor inductees. 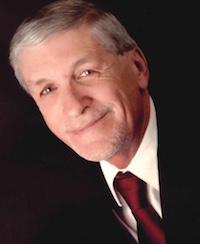 Robert Barton is a 1975 graduate of Tenaha ISD, where he participated in Football, Basketball, Baseball and Golf. Robert was also a class officer and a member of the student council. After graduating Robert attended Panola Jr College and Stephen F. Austin University.

Robert has been a high school sports official for over 40 years, where he officiated baseball, football and basketball which he is still actively doing today. He also had the privilege to broadcast the play by play for KGAS Radio in 2003 when the Tigers won their first State Championship in Basketball and was the color commentator in 1998 when the Tigers won their first Sate Championship in Football.

Robert was presented the On Your Side award from KTBS channel 3 in 2006 for his help in bringing awareness to Childhood Cancer.

Robert has served on the Tenaha ISD Board of Trustees for over 20 years where he has held the office of Secretary, President and is currently the Vice-President.

Robert is a Tiger supporter in all their activities and has traveled many a mile to watch the Tigers compete in all activities. Robert is a member of the First Baptist Church of Tenaha. 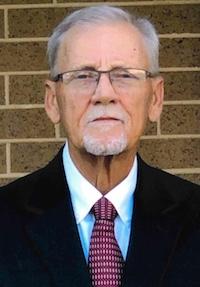 Mike Ogden is a 1976 graduate of Tenaha High School, having attended all twelve years of school in Tenaha. He married his high school sweetheart, Crystal Umbrell Ogden, who is a 1978 Tenaha graduate. He has two loving daughters who are both graduates of Tenaha High School as well. Kim Ogden Sitgreaves (2001) and husband Drew, and Stacie Ogden Barr (2004) and husband Brandon. Mike has three grandchildren who adore their Pawpaw; Andrew Graham Sitgreaves, Briggs Michael Sitgreaves and Harper Jane Sitgreaves.

It has been both a privilege and a great honor for Mike to serve on the school board of Tenaha ISD for 10 years collectively. He has served on the city council for one term. He coached several little league baseball teams and has been a Tenaha booster club supporter. Mike has been a long-time member of Tenaha First Baptist Church; serving as a deacon for 25 years. He is a fan of ALL things Tenaha Tigers and can usually be found wherever a ballgame is being held, sporting his maroon and white and cheering on his favorite team and students!

Growing up in a small town is one of the things Mike loves most about his years in school at Tenaha. It’s one of the things he still loves! He is grateful for the many teachers who counseled and invested in him throughout school. Those experiences have played a huge roll in how he strives to mentor the youth of Tenaha today. He devotes much of his time to being present for them and supporting them in their academic, athletic and individual endeavors. He knows the immense value in pouring into young people because of those in the school system who did so for him.

The 2019 Hall of Honor Induction Ceremony will kick off the 2019 Tenaha ISD Homecoming Activities on October 5th at 9:30 am in the Tenaha High School Cafetorium.