December 11, 2020 - Typically, the University Interscholastic League only hosts one state marching contest, and the National Association of Military Marching Bands (NAMMB) puts on a state contest for military bands. On Wednesday, December 9 in Pirates Stadium (Pine Tree HS) was the first time UIL has sanctioned the event. 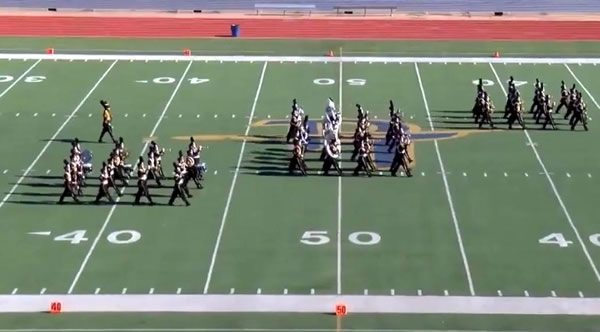 With the pandemic, bands were allotted a time reduction regarding the length of the drill; however, the Timpson Band worked hard to produce a performance that embodied their tradition of pride by playing challenging music and exceeding the minimum drill time requirement. The band earned 2nd Place and each performing member received the UIL State Silver Medal. 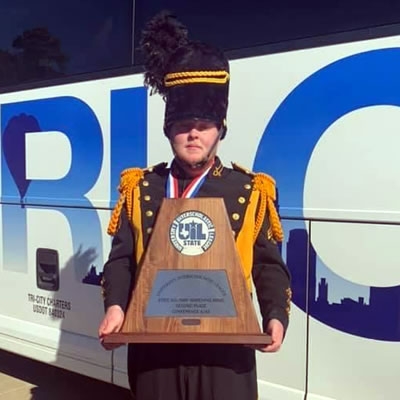 In historic fashion, the band dawned their UIL medal during their encore performance at half-time of the Timpson Bears’ state semi-final game at Randell Reed Stadium (New Caney ISD). We are very proud of all the band has overcome and their endurance to produce an award-winning show!