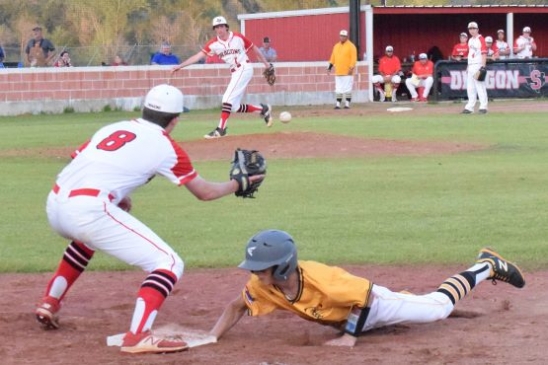 The Timpson Bears Varsity Baseball Team boosted their District 23 2A record with a 11-5 conference win over the Shelbyville Dragons on Friday. The game was scoreless through two innings.

The top of the third saw Timpson rally when Hunter Tipton led off the inning by drawing a walk. He was later driven in for the first score of the game with hits from teammates Caden Solomon and Xander Stephens. Soloman and Stephens later scored as well to give THS a 3-0 lead.

Bear Dalton Beckham led off the top of the fourth inning with a single to centerfield and scored Timpson’s fourth. THS led 4-0.

The bottom of the fourth frame saw The Dragons tie the game with a 4-4 score when they rallied. They led off the inning with singles from Brayden Hand and Grady Clay. Two errors, a walk, and a single later by Shane Schilder allowed them to tie up the contest.

Braden Courtney led off the top of the fifth inning with a solo homer over the leftfield wall which gave Timpson a 5-4 lead.

The Bears extended their lead to 10-4 with a big inning in the top of the sixth inning. 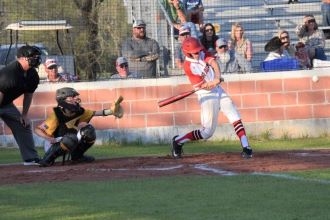 Jimmy Jiminez led off the bottom of the sixth inning by getting on base after being hit by a pitch. He later scored on an infield hit by a teammate.

Stephen scored the game’s final run when he reached base on a throwing error and later scored on a hit by Courtney. The final score saw Timpson take the 11-5 win.

Shelbyville will travel to Martinsville on Tuesday March 30, 2021 for a 6 p.m. game at Pirates Ballpark. 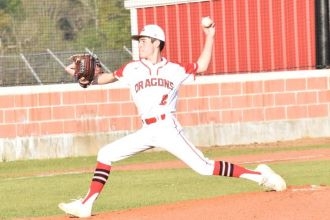 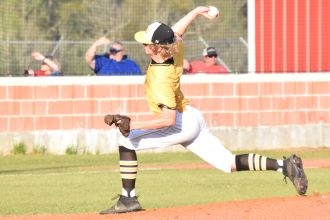 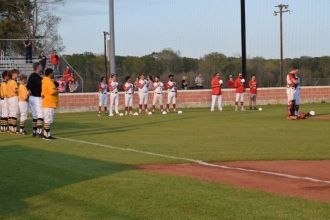