Timpson Falls to Alto 8-7 in Area Round Baseball Playoff 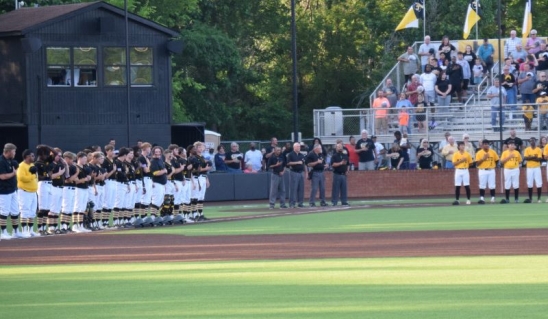 Nacogdoches Dragons Ballpark on Wednesday, May 12, 2022 –

The Timpson Bears varsity baseball team fell to the Alto Yellowjackets during the Region III UIL Class 2A Area round of the Texas high School baseball playoffs. The 8-7 Yellowjackets elimination win happened at Dragons Field on the campus of Nacogdoches High School.

The Yellowjackets (21-8) now advance to the regional quarterfinals next week to face either Shelbyville or Centerville. Who are now competing in a best-of-three game series.

The Bear’s season has ended with their season mark at 15-9.

Alto took a 1-0 lead in the bottom of the first inning when Senior Logan Rogers led off with a triple off the leftfield wall and later scored on a fielder’s choice.

Alto took a 3-0 lead in the third frame.

Timpson’s Colton Carroll and Asher Molloy scored two runs in the third to pull the Bears to within a single run of Alto. THS scored four runs in the fourth to take a 6-3 advantage. The ‘Jackets came back with four in the bottom of the fourth for a 7-6 lead. The Bears tied the game at 7-7 with a score by sophomore Terry Bussey in the fifth inning before Alto scored the game-winner in the bottom of the inning.

Timpson is in the midst of a very successful year after reaching the state semifinals in football, the regional tournament in basketball, area finals in baseball and next week they have athletes competing at the Texas UIL Track & Field Competition at the University of Texas in Austin.