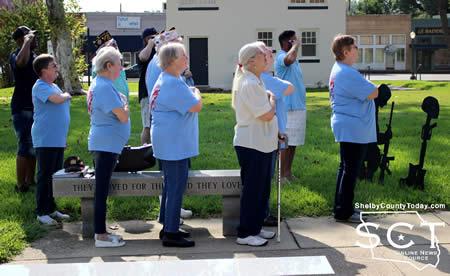 September 5, 2019 - VFW Post 8904 and Auxiliary gathered at the Shelby County Veterans Memorial on Friday, August 31, 2018 to honor those who served in the Iraq War.

Larry Hume opened the ceremony and a prayer was given by Joy Hutto, Auxiliary Chaplain. 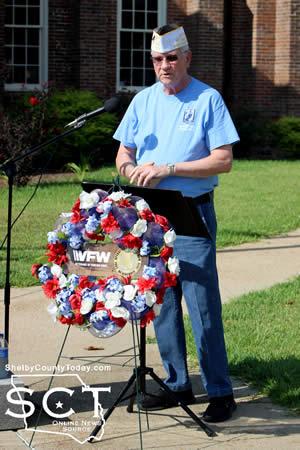 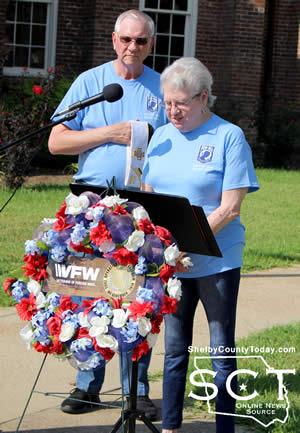 "The war in Iraq began March 20, 2003 and continued until August 31, 2010. It's been nine years since the end of hostilities and it is our duty as fellow veterans and citizens to insure this piece of history and sacrifices are never forgotten. And our gathering today is a small but heart felt thank you for those American Patriots who did serve," said Hume.

Hume stated during the years of the Iraq War 4,4086 Americans paid the ultimate price including Shelby County's U.S. Army Specialist Larry E. Polly Jr. who was killed in action January 2004. 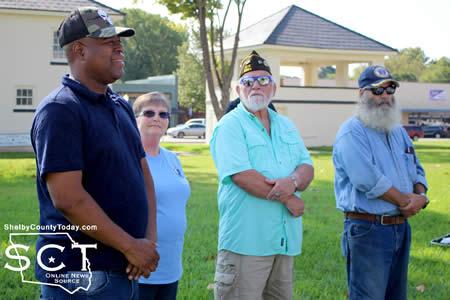 Larry graduated from Center High School in 2001 and was 20 years old when he was killed in action. He was assigned to the 2nd Battalion, 20th Field Artillery Regiment, 4th Infantry Division, Fort Hood, Texas; killed while conducting a surveillance sweep for improvised explosive devices Jan. 17, when his Bradley Fighting Vehicle struck such a device and overturned north of Taji, Iraq.

Left behind were his widow and two small children.

"Many more Americans have also suffered wounds and losses of limbs in that war," said Hume. 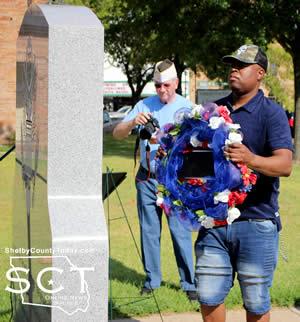 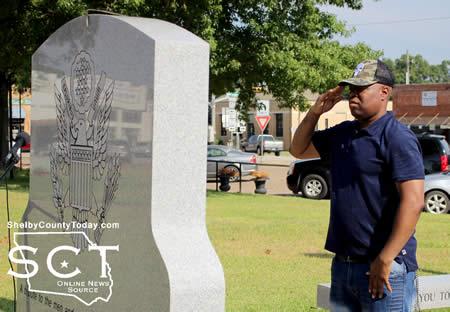 "Many suffer silently with post-traumatic stress that can come from their service in a combat area. This stress can come from seeing dead bodies, being shot at, being attacks, being ambushed, receiving rocket and mortar fire, or knowing someone who's a good friend that were killed or seriously injured," said Hume. 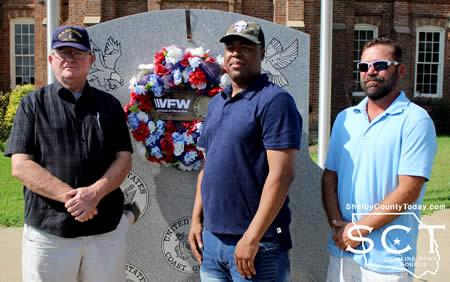 Hume elaborated even more contributors can trigger post-traumatic stress disorder (PTSD), and although under different names, it's common to all wars.

A moment of silence was had to honor those who took their own lives for reasons known only to them and God.

To complete the ceremony Taps was then sounded as presented by Mike Langford. 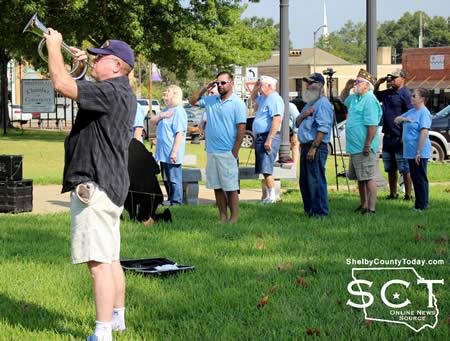 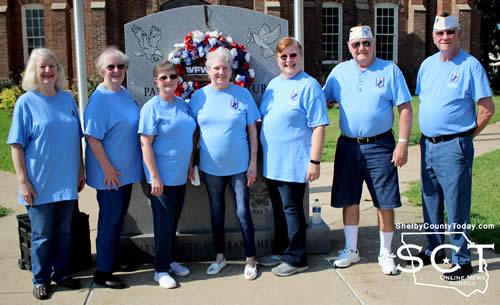 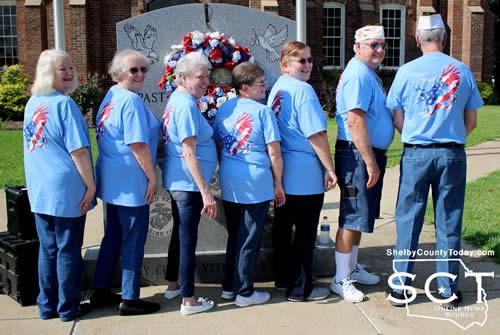