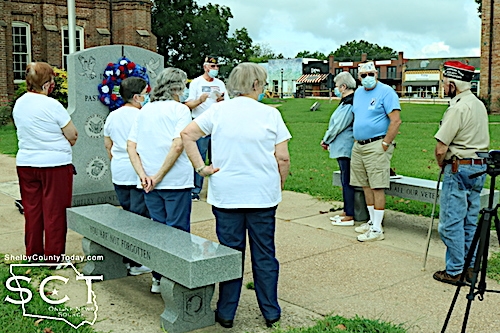 July 27, 2020 - VFW Post 8904 and auxiliary gathered on the downtown square to remember the heroes of the Korean War Armistice on its 67th anniversary on Monday, July 27th.

Larry Hume shared a summary of the Korean War. On June 25, 1950, the North Korean Army began an offensive to invade South Korea that resulted in the capture of the republic’s capital, Seoul, within four days. The United States, the United Kingdom and other members of the United Nations moved to actively defend South Korea – an effort that would last until July 27, 1953, when negotiations concluded and fighting finally ended. 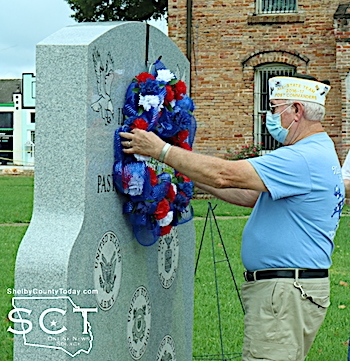 Hume then recogized John Piersol who served in the Korean War and acknowledged Piersol celebrating his 90th birthday.