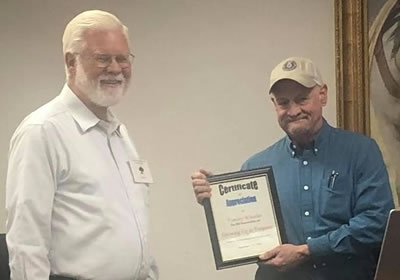 September 17, 2021  - “I really grew up in Houston, and only lived in Timpson for six or seven years, but those were the best years of my life. It's my home town!”, revealed Tommy Wheeler in his opening remarks at the September meeting of the Timpson Area Genealogical and Heritage Society on Wednesday afternoon.

“Being born in Houston, I never knew I had people up here.” Wheeler continued. “My dad was born in Nacogdoches and his family moved to Houston when he was young. My dad's father, Claude Wheeler, was killed when he was young, and my grandmother never talked about the Wheeler family after that. Years later, my father met a man at his work in Houston named Gail Hancock, who was from Timpson. His mother was a Wheeler and he thought they might be related. A little digging revealed that they both  were part of the Shelby County Wheeler family. Gail and my father remained good friends for the rest of his life.” Wheeler shared.

“In 1970, our family started visiting Timpson, and fell in love with it,” Wheeler continued. Family connections were re-established, and Tommy's family soon moved here, when he was about thirteen years old. “The first time we went to church, Acey and Ivy Hart came up and introduced themselves to us. She had been a Wheeler and they helped us put a lot of this together, as did Elmer Hancock, Gail's father,” Wheeler explained. “And that's how we got to Timpson”.

“Once we got here, everybody was kin to us and my mother got real excited about tracing our family history. Our family came to Virginia from England in the early 1700s and later migrated to Tennessee. We even took a family vacation to Tennessee, where my mother dug through old records in the Blount County Courthouse,”  Wheeler continued. “Believe it or not, she found some old people who knew where the old Wheeler home place had been and they took us out there.” 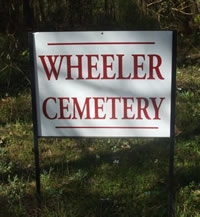 “My people came to Texas in 1839 and settled in Shelby County. Ransom Wheeler was the first of my family arrive here, followed by two of his brothers, settling near where Lake Pinkston is now.  He and his first wife had fourteen children and she later died in childbirth. Two of Ransom's brothers drowned while crossing the Attoyac River and a few years later Ransom married one brother's widow,” said Wheeler.  Ransom donated the land where Walnut Grove School was located near Arcadia and served as a postman at the Huber Post Office. When it closed he became a postman at Buena Vista. “In the 1970s, Doc Smith knew where the old Wheeler family cemetery was located, deep in the woods near Arcadia, and he took me and some of my friends out there. We located 22 graves by their native stone markers. There were no carved headstones. That is where Ransom and his brothers are buried,” revealed Wheeler. 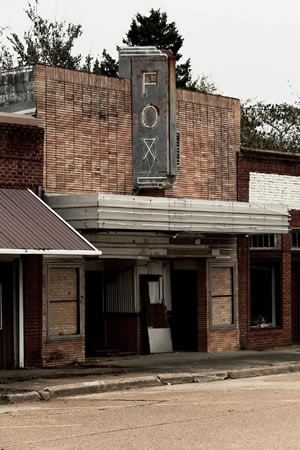 One of Tommy Wheeler's long-time friends, Timpson Chamber of Commerce President Paul Smith, was in attendance and they told how the Wheeler family became involved in the movie theater business. “Paul worked as a projectionist for Mr. Cox, who ran the Fox Theater in Timpson when we were in high school. Alice Cooper was playing a concert in Shreveport in a couple of weeks on a night that Paul had to work. Paul decided he could teach me how to run the projectors at the theater and he could then go to the concert. Somehow, Paul failed to tell Mr. Cox of the arrangement and while Paul was at the concert I made a mess of things, broken film and all”. “Some good things came out of that, though”, interjected Mr. Smith. “Your family wound up buying the theater later!”. “I was the projectionist for several years, and my family later ran a theater in Center and one in San Augustine, which Paul and Debra Smith ran for us for a while,” Wheeler shared. Later, after graduation from high school, Tommy managed the Gulfgate Cinema in Houston for a while.

“When Paul and I were in high school we used to like to find the oldest person we could and talk to them about how things were when they were young. We would ask them to tell us where old cemeteries and structures had been and we would try to find them, usually at night, when it was scarier,” laughed Wheeler. “I have tried to get my nephews interested in this because I think it's important that that it be preserved,” concluded Wheeler.