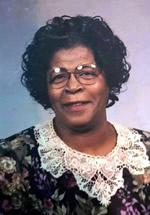 Bertha Beatrice Cartwright, 85 of Shelbyville, passed October 15, 2019 at the Emergency Room in Center. 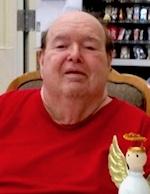 David Ardis Hogan, 73, of Center, Texas passed away on October 20, 2019 in Nacogdoches, Texas. Born January 31, 1946, in Shelby County, David is the son of the late Aubrey Ardis Hogan and Clara (Foresyth) Hogan.

David is survived by:

Numerous Great Nieces and Nephews and a host of family and friends.

David is proceeded in death by his parents, Aubrey and Clara Hogan; his brother, Gene Hogan and Brother-in-Law, Billy Davis.

Visitation will be held Tuesday, October 22, 2019 at 1PM with service to follow at 2PM at Mangum Funeral Home, Center, Texas with Bro. Gordon Vaughn officiating. Internment will follow at Oaklawn Memorial Park.

To send condolences and sign the online guest book you may go to www.mangumfh.net. Mangum Funeral Home, Center, is in charge of arrangements. 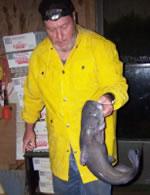 Bruce Benard Bolton of Joaquin passed away Saturday, October 19th, 2019 at his home.

Bruce was born October 31st, in Baton Rouge, Louisiana, to Henry Thomas Bolton and Iva Dell Harris Bolton. He loved being a truck driver for Tyson Foods and received many awards during his career.  Bruce was an avid hunter and fisherman.  He was of the Christian faith.

He is survived by:
Wife of 31 years: Mary Wagstaff Bolton

He is preceded in death by his parents, Iva Dell Tyler and Henry Thomas Bolton; and brother, Henry Edward Bolton.

Honorary pallbearers will be Jimmy Wagstaff and Kenneth Harris. 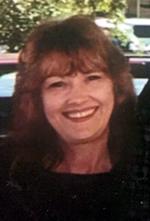 Gail graduated from David W. Carter High School in Dallas, Texas. She married Ronald Keys and they raised two children, Kevin and Christy. The two were married over 27 years. Life happened and she later married Greg Frame whom has preceded her in death. Gail was loved by all, having lots of friends that she enjoyed spending time with. She never missed the opportunity to cheer her grandchildren on in all sports activities they were involved in. Even in the end as her grandson was playing football on Friday night she was listening for his name on the radio to cheer him on. Gail enjoyed sewing, and definitely had a crafty hand. She found great joy in spending time with her children and grandchildren as life allowed. Gail was a member of Central Baptist Church.

Numerous nieces and nephews; and a host of family and friends that will miss her dearly.

To send condolences and sign the online guest book you may go to www.mangumfh.net.

Mangum Funeral Home, Center, Texas is in charge of arrangements.

Mr. Peace was born January 5, 1929, in Center, to James Booth Peace and Ella Mae Patterson Peace.  During his lifetime, he worked as a lineman, farmer, rancher, and owner of Peace Egg Farm.  Mr. Peace was of the Church of Christ faith.

He is survived by: His wife: Pat Peace

Numerous nieces and nephews; and a host of friends 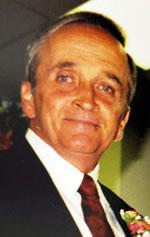 Memorial service will be held at 11am on Saturday, October 19, 2019 at Patroon Baptist Church in Patroon.

He is preceded in death by wife, Sabrina Wilburn.

He is survived by:
His wife: Etta Ferguson of Nacogdoches

Numerous nieces, nephews, and other relatives

No services are planned at this time.

Children:
Richard Berry and wife Ann of Fort Worth
Debra Smith of Houston

The family wishes to give special thanks to Harbour Hospice of Lufkin, Texas. 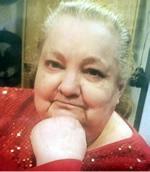 Mrs. Adkinson was born April 16, 1949, in Knoxville, Tennessee, to Levi Newcomb and Crystal Martin Newcomb. She moved to Texas in 1978 and later married Willie Adkinson in 1980. In 2006, she moved to Milam. She lived for the Lord and loved her family with all her heart. Her son and grandson were her pride and joy and everything she did was for them. She will be dearly missed. Mrs. Adkinson was of the Pentecostal faith.

She is preceded in death by her parents, Levi and Crystal Newcomb.

Mary Ann McLeroy Woods, 66, of Redmond, Oregon passed away Saturday, October 12th from an extended struggle with cancer. She was born on October 4, 1953 to Jack McLeroy and Bessie Johnson McLeroy in Center, Texas.

She was a 1971 graduate of Center High School where she was the class salutatorian and a member of the Roughrider Band. She attended Tyler Junior College with a band scholarship, and was a member of Zeta Phi Omega sorority. As a member of the TJC band she participated in the 1971 Super Bowl in New Orleans, where the Dallas Cowboys won their first NFL championship. She graduated with honors from Stephen F. Austin University in Nacogdoches, Texas, and went on to study nutrition at the University of Indiana-Purdue University, Indianapolis.

For several years, she worked as a dietitian at Scott White Hospital in Temple, Texas before relocating to Central Oregon in 1978. For many years, she was the office manager for Alder Springs Family Medicine in Enterprise, Oregon. She raised her family in Wallowa County, Oregon, where she helped manage the annual county fair and used her skills as a master food preserver. She later moved to the Oregon coast and finished her professional life as a dietitian in Coos Bay.

Funeral service will be held at 10:00 a.m., Wednesday, October 16, 2019, at Watson & Sons Chapel with Bro. Rusty Hall officiating. Interment will follow at Strong Cemetery in Huxley.

Mr. Davis was born February 16, 1928, in Huxley, to Herman Davis and Annie Campbell Davis.  He retired from Shelbyville ISD and was a member of Smyrna Missionary Baptist Church in Huxley.

In lieu of flowers, memorial donations can be made to Smyrna Missionary Baptist Church in Huxley.

Mrs. Blackwell was born December 30, 1979, to Kenneth Earl Blackwell and Renee Smithhart Blackwell.  She was presently a college student.

Numerous nieces; a nephew; and one great-niece.

She is preceded in death by her grandparents, Earl and Hester Blackwell. 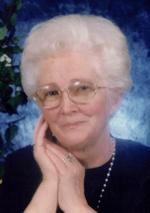 Mary was born in Garrison, Texas. She attended Robert E. Lee school in Tyler, Texas.  Mary married the love of her life, Doy McDonald, in February 1951, spending more than 25 years together before his sudden passing in 1974. They had three wonderful children in which they adored.  She later married Henry Cecil, and spent 10 years with him. Life happened, and later she married Earnest Warneke, they enjoyed each others compnay, and spent more than 15 years together before his passing with cancer.

She was considered the Roller Derby Queen in her younger years. She also enjoyed playing volleyball in school. Mary was a physical therapist assistant in the public school system for many years. Her love for children was great, but grew even more as she had grandchildren. She loved spending time with family, especially her grandchildren. Mary was a crafty person, enjoyed making floral arrangements. She enjoyed spending time outdoors, working in the flower beds and gardening. You could find her in the kitchen canning vegetables she had grown, putting up jam from fruit she had gathered, and just cooking great food for her family.

Mary was a devoted christian lady. She is a member of First Assembly of God Church, Timpson. She served her church, in many capacities. She was the chuch clerk for over 30 years, until her health failed. She loved her Lord and was willing to serve him in any way.

She is survived by:
Her son: Joel Lann McDonald

A host of family and friends that will miss her dearly. 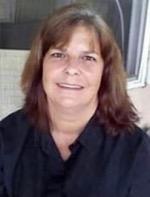 Funeral service will be held at 4:00 p.m., Friday, October 11, 2019, at Watson & Sons Funeral Home in Center with Bro. Son Windham officiating. Interment will follow at Old Salem Cemetery. Visitation will be held prior to the service, beginning at 2:00 p.m.

Ms. Cosby was born May 14, 1968, to Homer Fountain Jr. and Wanda Williams Fountain. Her hobbies included fishing, crafting, and being with grandkids and family. She was a member of White Rock Baptist Church.

Numerous nieces, nephews, and other relatives.

She is preceded in death by her father, Homer Fountain Jr.; mother and stepfather, Wanda and Jeff Coats; grandparents, Rachel and Jack Fountain, Vaudine Adams, and John Thomas Williams Jr.

In lieu of flowers, donations can be made to help with final expenses.

He is survived by:
His son: Warren Hudson and his family

Numerous nieces and a great-nephew; and countless friends and loved ones.

Mr. Hudson was preceded in death by his parents, and his siblings, Donna Stewart and Paul Hudson.

A celebration of Fred’s life will be held on Sunday, October 13, 2019, from 4 p.m. to 6 p.m. at the Center Community House, 423 San Augustine Street in Center. All of his many friends and family are invited to attend.  And bring your favorite Freddie story with you.

Mrs. Wetzel was born January 23, 1939, in Hedley, to Burnis Cooper and Essie Moran Cooper. She worked as a cosmetologist and was of the Baptist faith. 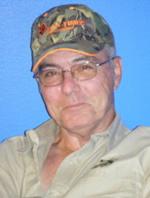 Larry Scarborough, 74, passed away Friday, October 4, 2019, in Pasadena as a result of a heart attack. 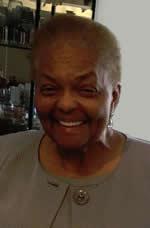 A beautiful soul left to be with our Father in Heaven, in the early morning hours of a beautiful day in Port, St. Lucie, Florida.

Bobbie was born in Center, TX, to the late Willie Mae Kelley Tanner and Chester Bell Sr. She attended the Lincoln School system where she graduated in 1958. She moved through life and found a career as a quality control Inspector for Bruce Hardwood flooring. She retired with 35 plus years of service.

She leaves to cherish her memories:

Bobbie was the oldest of 7 siblings in which two preceded her in glory.

12 great-grandchildren, and a multitude of nephews, nieces, cousins, and wonderful friends to celebrate her transition on to Glory.

A very special thanks to Mi Home Health Care, Millie, Vina, Marlene, Marie, Beverly and Zola, for all their loving care for Bobbie “Boo” through her journey.

Services under the direction of Sid Roberts Funeral Home.

Mr. Barton was born December 31, 1950, in Center, to Elzie Barton and Jessi Shelton Barton.  He was employed as a truck driver for Tyson Foods.  An avid outdoorsman, Mr. Barton enjoyed hunting and fishing.  His most treasured times were times spent with family.

He is survived by:
His wife: Libby Barton of Center

He is preceded in death by his parents and his brother, Johnny Barton.