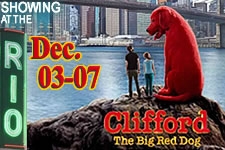 April 10, 2015 - In April, db Metal Art and The Little Fox Marketplace sponsored an Easter Metal Art Decorating Contest. Participants creatively decorated metal crosses and eggs. Each was a unique work of art. The public was invited to choose their favorite. Everyone who voted was entered into a drawing for a store gift certificate which was won by Venorah McSwain. Winners were announced at an Open House/Reception on March 31st. Each winner received a store gift certificate. db Metal Art and The Little Fox Marketplace would like to thank everyone who participated -- both the artists and the voters. April 10, 2015 - April is Child Abuse Prevention Month, and Shelby Savings Bank is proud to support! Our Center employees took a group picture in their blue Child Abuse Awareness t-shirts this morning, and some CASA volunteers even stopped by to be in it, too! April 9, 2015 - The annual "Center Garden Club" Flower Show will have local artists this year. They were invited to present some of their floral paintings for the public to view. Pictured are two of these artists Christine Mahan and Gracie Stockstill. The public is invited. Following the business meeting, Mrs. Barbara Prince, program leader, reviewed Condoleezza Rice's memoir: Extraordinary, Ordinary People, an account of her family heritage and her life prior to serving as the Bush administration's Secretary of State.

Born in Birmingham in 1954, Condoleezza was the daughter of hardworking parents who valued education, family, work, and church. Her parents imparted to her their conviction that one could alter her/his situation through education, and her life has certainly been a validation of their belief. She not only earned a PhD, served as a professor and Provost at Stanford and held high-level government positions, but also authored books, triumphed as a concert pianist, and served on the boards of major corporations, such as Chevron and Transamerica. Her inspirational account is a story of the American Dream realized.

April 8, 2015 - CASA of Deep East Texas was honored to have the opportunity to speak with members of Center Middle School BETA Club. The students were given an explanation of the role of CASA (Court Appointed Special Advocate) Volunteers in the lives of foster children. Students had questions about the lives of foster children for Patty Watkins, CASA Volunteer Supervisor, following her presentation.

Mrs. Watkins also thanked the BETA members for their support of CASA of Deep East Texas. Their participation in the Annual 5k Chicken Run and donations of books for all of our county's foster children is appreciated. Sponsors for this group of servant minded youth are Carey Agnew, Holly Burns, Mary Hockenberry, and Cindy Tomlin.

April 8, 2015 - Members of the Sons of Confederate Veterans Camp #282 and Texas Society Order of the Confederate Rose, Roses of the Attoyac #60, gathered in Shelby County Judge Allison Harbison's office on Monday, April 6, 2015 as she signed a proclamation designating April 2015 as "Confederate History and Heritage Month." Spring is The Season of Flowers

April 8, 2015 - The Center Garden Club enjoyed an afternoon of painting on rocks with the Junior Garden Club members at F.L. Moffitt school. They painted various varieties of wild flowers on rocks found from our state of Texas. Thank you Mrs. Wolf for sharing your students. The ladies of Center Garden Club were very amazed of their talents. April 6, 2015 - Ace Hardware of East Texas “Downtown”: We are proud to announce the following winners of our Garden Center Grand Opening:

Congratulations! Thanks to everyone who stopped by and signed-up. We still have a good selection of Bonnie Plants, trees, shrubs, mulches, soils, bedding plants, and much more! Follow them on Facebook at www.facebook.com/etaceinc.

April 4, 2015 - Ace Hardware of East Texas held a ribbon cutting on Thursday, April 2, 2015 to introduce their new Garden center at their location on Tenaha Street in Center. Howard continued by introducing staff members who were present for the ribbon cutting. Meg Camp, Shelby County Chamber of Commerce Ambassador, spoke on behalf of her fellow ambassadors and expressed excitement at the new garden center. She said the ambassadors are always available to help.

Refreshments and door prizes were also available during the event.