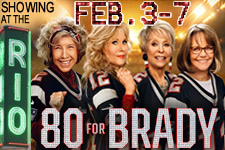 November 16, 2015 - The office staff at the office of Kyle S.Coffin, DDS made a contribution to the benefit of U.S. Forces overseas last week by way of Operation Gratitude. Tonya Mince, office manager, stated there are so many troops in remote areas around the world where even the most basic of amenities are unavailable. Many troops who have been overseas for over 18 months in places such as Iraq and Afghanistan, and were expected to return for Christmas, have just had their time there extended.

Dr. Coffin and his office staff saw there was a need which needed attention and got to work.

"We just started thinking about things we could do over the holiday season, and we realized nobody in Center was doing this," said Mince

Packages were prepared on Friday, November 13, 2015 and according to Dr. Coffin 84 lbs in all were shipped out.

According to the Operation Gratitude website, Operation Gratitude annually sends 150,000+ care packages filled with snacks, entertainment, hygiene and hand-made items, plus personal letters of appreciation, to New Recruits, Veterans, First Responders, Wounded Warriors, Care Givers and to individually named U.S. Service Members deployed overseas. Their mission is to lift the spirits and meet the evolving needs of our Active Duty and Veteran communities, and provide volunteer opportunities for all Americans to express their appreciation to members of our Military. Each package contains donated product valued at $75-100 and costs the organization $15 to assemble and ship. Since its inception in 2003, Operation Gratitude volunteers have shipped more than One Million Care Packages.

Another program which the office staff is working to benefit is Operation Christmas Child. More information can be found on Shelby County Today here

November 16, 2015 - Many thanks to everyone that stopped by during our Christmas Open House 2015. It was such fun visiting with everyone. We appreciate your support, and look forward to helping you with your gift giving this holiday season.

Our door prize winners are:

November 16, 2015 - The Piney Woods Photographic Society held its regular monthly meeting October 17th. The workshop for this meeting featured "Long Lenses" by Janet Hughes, with a monthly challenge of "Fall Colors". The Challenge results are:

Flags at Half Staff Thru Nov 19th by Presidential Proclamation

November 16, 2015 - By order of Presidential Proclamation all flags should now be lowered to half-staff until sunset, Thursday, November 19, 2015 to honor the victims of the tragedy in Paris, France.

If you flag cannot be lowered a black ribbon or cord can be tied at the top to show respect. November 16, 2015 - Janet Ritter, District Conservationist with the USDA-NRCS, was the guest speaker at the November 11 meeting of the Center Garden Club which met at the Community House in Center. She discussed Monarch Conservation which included migration, life cycle, food needs, host plants, and threats to monarchs.

November 16, 2015 - Center Garden Club members placed a wreath at the Blue Star Memorial Marker located on the Community House front terrace in celebration of Veterans' Day on November 11. Larry Hume, Shelby County Memorial Veterans of Foreign Wars Post 8904, who served as US Air Force Chief Master Sergeant from 1961-81, spoke to members and guests about the importance of remembering our Veterans. Local Veteran Lee O. Stockton, special guest and husband of member Margaret Stockton, was recognized for his service during 1961-63 as US Army Spec. 5th Class. November 16, 2015 - Janet Ritter, District Conservationist with the USDA-NRCS, was the guest speaker at the November 11 meeting of the Center Garden Club which met at the Community House in Center. She discussed Monarch Conservation which included migration, life cycle, food needs, host plants, and threats to monarchs. Each received a framed certificate and a check for $100.00 and will compete at the District level with results known at the end of the month. The post and auxiliary would like to thank each of the 26 students from Joaquin HS for their essay entries on this year’s theme “My Vision for America”. We wish Maddison and Annalyn the best at the next level of competition.

The Shelbyville Band Boosters sends out a special thank you to the Farmers State Bank Cook Team.

Several members of the Farmers State Bank Cook team showed up at the Shelbyville vs. West Sabine game last Friday night, and cooked some of the best burgers, boudain and sausage on a stick around!

We would like to say thank you Farmers State Bank for being part of our community and helping us support Shelbyville School and our students! November 11, 2015 - The Center Women’s Reading Club met at the lovely home of Fannie Watson on November 5, 2015. President Janene Walker presided. The business portion of the meeting was conducted. The ladies of the Reading Club will be collecting Children’s Books to donate to Gary Rholes for his annual Christmas toy drive.

In keeping with the theme of famous women, and in honor of Veterans Day this month, Mrs. Watson chose the book American Wife by Taya Kyle. The book tells what it meant to be married to Chris Kyle, a loving man, highly lethal sniper and American hero. It is a moving tribute to her husband and captures the power of love and faith.

Taya and Chris met in a bar in San Diego, where Chris was stationed. At first Taya was not interested in him. He flirted and she shot him down. He was nice and unassuming. Soon after they met, Taya realized she had met the nicest man she would ever know. At the time they married, the divorce rate for Navy SEALS was 90-95%. It took two strong remarkable people like Taya and Chris, and their faith in God and each other, to make the marriage work.

Through his first two deployments, during which time he graduated to sniper status, Taya was the good patient wife. But at the third deployment she was not happy. She knew he loved being a SEAL more than anything, but she wanted him home. They had one 2-year old, with another child on the way. Chris was deployed two more times before he decided it was time to stay home. The stress and pressure of his job was starting to take a toll on him. But the stress of leaving his life as a SEAL was not easy either. They moved to San Antonio, Texas. The marriage was strained but they were determined to work through it.

Writing “American Sniper” opened old wounds and fame left them exhausted, but their marriage had strengthened. By now Chris had started his own security and training business and found his own healing by reaching out to troubled veterans.

February 2, 2013 started out to be a good day as Chris and a friend and neighbor Chad Littlefield headed out to the gun range with Eddie Routh, a former Marine who was going through a difficult time. Taya and Chad’s wife were together with the children at a birthday party. Taya had text Chris several times before he stopped returning the texts. She knew something was wrong because Chris always returned her texts. Later in the day, her house was filled with family, friends and SEALS as word had gotten out that Chris and Chad had been shot and killed by Eddie.

Chris was buried at the Texas State Cemetery in Austin on February 12, 2013. Thousands of people lined the streets of the funeral motorcade. Over 7,000 people attended a two hour memorial service at Cowboy Stadium.

Their children, her faith, professional help, and the kindness of strangers help bring Taya out of her depression in the months following the shooting. Taya established the Chris Kyle Frog Foundation to work with military families. The skeleton of a frog is the symbol of a fallen SEAL.

Mrs. Watson concluded her program reminding everyone that it is lifelong privilege to honor our active Service Men and Women and our Veterans on Veterans Day, and on everyday of the week.

Delicious refreshments were served and the ladies enjoyed a time of fellowship.