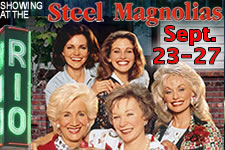 December 22, 2014 - The Piney Woods Photographic Society held their December meeting with the following winners in the December Critique "Seasons".

Visitors are welcome to attend our meetings with or without a member. The January 2015 meeting will be held January 17, 2015 at the First United Methodist Church, Center, Tx. 9:00 a.m. New memberships are available, for more information please contact, Billie Jones, Secretary, 936-598-7778, or jonbill392@hughes.net. Thank You from SCCAC for Annual Toy Drive Donations

December 17, 2014 - The staff at the Shelby County Children’s Advocacy Center would like to thank those of you who contributed to our annual toy drive. We have had so many child victims and families in crisis come through our Center this year, and with your help we have been able to provide Christmas cheer at a time in their lives when it is most needed.

Your generosity is a reminder to them that they are loved and valuable. Our heartfelt thanks goes out to each and every person who gave food, funds, clothes, bikes, toys, and the gift of your time. December 17, 2014 - The Pine Terrace Property Owners Association in Center names a Yard of the Month (YOTM) for Christmas every year in their neighborhood, and they judge houses on their holiday decorations.

Donna Holt is the president of the association and she stated the panel of judges is a secret one, and this year they found it quite difficult to choose. As a result, two houses tied and each received house of the month. The homeowners are Dr. Randy and Benita Collard and Tony and Traci Willoughby. The homeowners decked their houses out with lights and decorations. The Collards have musical accompaniment with their lights and there are several holiday creatures in the Willoughby's yard. Following the business meeting and program, the club enjoyed a delightful lunch and social social hour.

December 17, 2014 - Administrator Ms. Kay Powell and all of her staff presented the clients and their families with a Christmas Party at Lakeside Village Assisted Living this season.

Mrs. Powell welcomed the families and spoke of her love and appreciation of the clients and their families. She also thanked her staff for all they do to make life at Lakeside the best for the clients.

Next, she introduced Pastor Jenkins. Pastor Jenkins and Bro. Lonnie Belrose, of Sardis Church, led the Christmas singing. Then, Mrs. Belrose read about the birth of Jesus from the Bible.

All of the employees presented the clients and families with a buffet of goodies. There were cookies, sandwiches, dips, cheese balls, vegetable and fruit trays and punch. To be sure, everything was delicious! A great time was had by everyone there. December 16, 2014 - The December Golden Harvest Ministries Club meeting was held Monday the 15th in the Fellowship Hall of the First Baptist Church. Jim Forbes called the meeting to order. He passed a note pad for members to write questions for David Chadwick to answer at the next meeting. David Bain led us in an opening prayer. Harold Hanson led the group as they softly sang “Joy to the World” and “Silent Night.”

Ed Miller conducted the installation of officers for 2015 by reading their responsibilities and presenting each with a Santa Hat. The officers are Joe Anderson, president, Helen Collard, Second Vice president of Membership and Linda Anderson, First Vice President of Programs. Alice West is Secretary/Reporter, Betty Green will be Treasurer and Melba Colman continues as Historian. For our program Ed Miller sang “O Holy Night” while Terri Miller accompanied him on the piano. Then Mrs. Miller played a medley of Christmas Carols on the piano. Then Mr. Miller sang “Mary did you Know?” The audience gave a big applause!

Minutes of the last meeting were read. Linda Bordelon had a Thank-you card from the Children’s Advocacy Center . Joe Anderson gave a detailed financial report. Ed Miller gave a report on the last trip. Melba Colman reported that the historian’s records are up to date.

Ann Forbes went over the Club Prayer Report and encouraged us to pray and to visit those in the nursing homes. Jim Forbes gave thanks to all and wished us a Merry Christmas. We closed with prayer.

December 16, 2014 - CASA Volunteer Supervisor Denise Belrose along with Brenda Applequist and Jo Watson from 1st United Methodist Church in Center have been busy helping Santa with gifts the church members provided for our 53 foster children. Church members filled the Wish Lists each child provided. On behalf of our foster children, we say Thank You so very much!!! First Baptist Church Minister of Music Ed Miller sang a number of Christmas Carols to members of the Golden Harvest Ministries Club. He was accompained on the piano by his wife Terri, who also performed a piano solo.