September 17, 2021 - Both my parents and paternal grandparents were avid 42 players, and I was introduced to this domino game at an early age. I began my 42 career around age eight or nine - they waited until I learned to count and cipher.

My grandmother, Mary Murphy, was a very serious player, you know the type who hates to lose, counts all the dominoes, and will know who has what domino in their hand. I never advanced to her level of proficiency.

My parents hosted “42 parties” at least once a  month. They had enough room in the house to set up four or five tables. We had great fun with the winners of one table taking on the winners of another table until the champion team evolved. 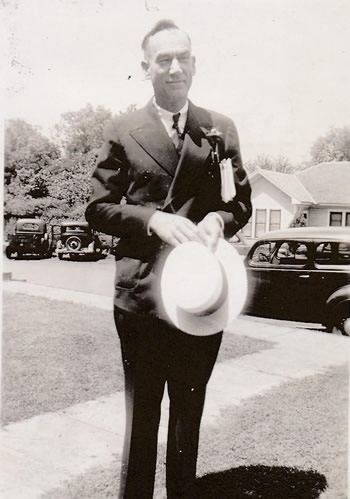 It seems that after evening church services many times the pastor of Liberty Hill Baptist Church, Bro. Russell Smith, would join us for several games. I recall him to be the most avid player of all time. He would make very high bids with hardly any good dominoes. I enjoyed seeing him in action.

Sometime before 1950 my mother introduced a new snack to the domino tables. It was a cheese snack named “Chee-toes”. I fell in love with these morsels and consumed more than my share every time. This new snack was touted as “a cheese-flavored cornmeal snack” by their maker Frito-Lay Company. The snack was introduced to the market in 1948 along with a potato snack, “Fritatos”. I don’t recall the latter product as it must have had a short life. I still enjoy a sack of Cheetos from time to time.

My 42 career continued during my college days. I lived at a boarding house and a game was usually going most of the day. I recall that we would begin playing soon after lunch and play continuously until midnight. Some of us even cut our lab classes in order to play 42 uninterrupted.

I learned later on in my career that 42 is definitely a Texas domino game. When in Colorado most people admitted that they had never heard of the game. We found several transplanted Texas families and formed a 42 club. We enjoyed the game one night a month, rotating to different homes. All the couples were from Texas except a lone Louisiana pair. We felt that they were close enough to Texas to qualify for acceptance.

I truly think that playing 42 helped me learn to count, to concentrate, and most importantly, how to lose gracefully. Eating a Cheetos snack did not hurt anything, either.