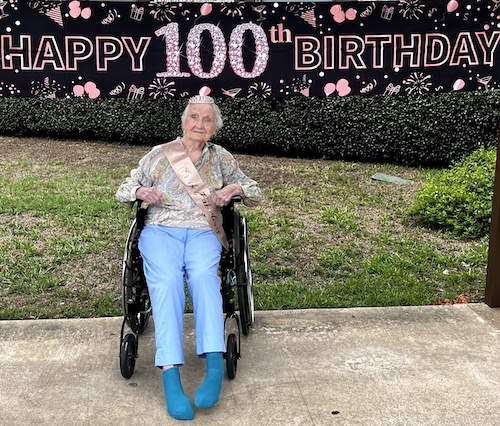 Audrey Taylor was born August 26, 1922, in Center, Texas to Eddie and Ona Watson and had four siblings. In February 1940 she married Ramsey Taylor and together they have one son, Chris Taylor. She and her husband celebrated 47 years before his passing in 1987. 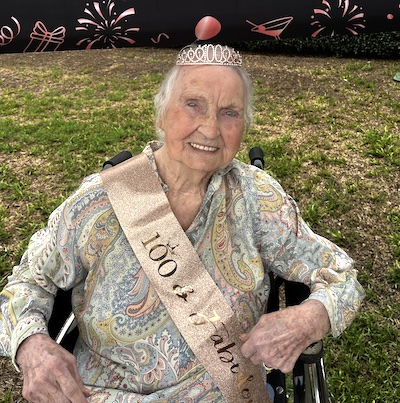 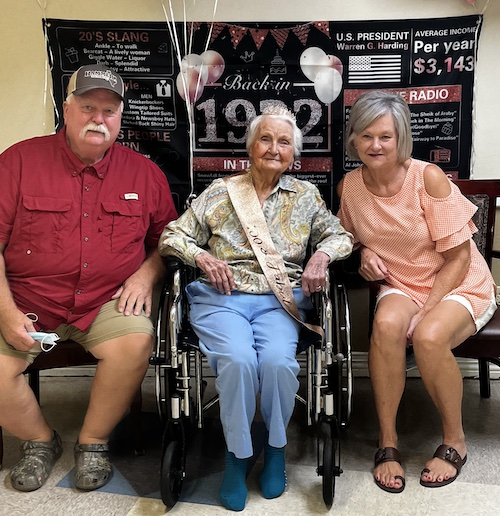 Mrs. Taylor is a member of Hillcrest Baptist Church in Center. She was a wonderful housewife for her family which has grown over the years. Her son Chris married Cyndi who is a big part of her life. Chris and Cyndi blessed Mrs. Audrey with two grandchildren, Dusty and Cody. Cody married Elissa and gave Mrs. Audrey two great-grandsons, Kypton and Madyx. 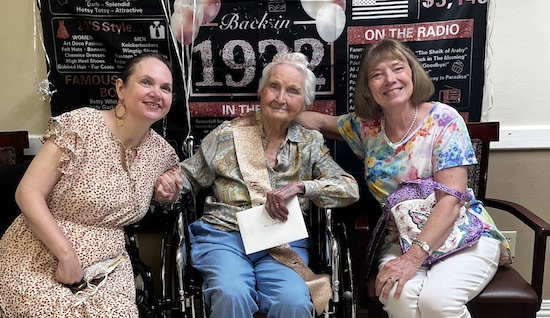 A little local history, the Fox Hunters Association held a meeting in 1922 to organize, as well as the Center Music Study Club was formed. That same year, First National Bank of Center was chartered.

For a little world history, War War I was declared over by congress the year before Mrs. Aubrey’s birth in 1921. In 1922, the Lincoln Memorial in Washington, D.C. was dedicated and Time Magazine and Reader’s Digest were founded. Also, 1922 was the year Wimbledon Championships began and the British Broadcasting Company (BBC) was formed.

Warren G. Harding was President of the United States and Mrs. Audrey has lived through 25 Presidential elections with 18 different Presidents in total with women having the right to vote. Two years before her birthday, August 26, 1920, Secretary of State Bainbridge Colby certified the ratification of the 19th Amendment giving women the right to vote after Tennessee became the 36th state to ratify the amendment on August 18. 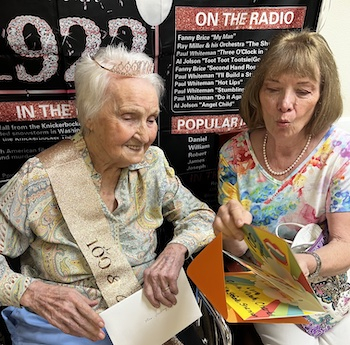