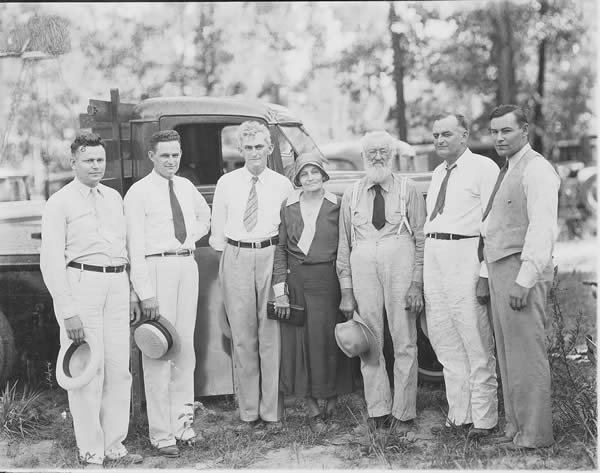 Brookshire Brothers Inc. whole-heartedly believes in being good people who sell good food and do good deeds in the communities where they live and work, and they’ve been doing just that for the past 100 years. Founded in September 1921, Brookshire Brothers has grown from a small general store in downtown Lufkin, Texas, to encompass 116 grocery and convenience stores, 72 pharmacies, 87 fueling stations, a fleet of trucks and trailers, a massive, centralized distribution center, a handful of coffee shops and two event venues.

In honor of its centennial anniversary, Brookshire Brothers and its more than 6,000 employee owners invite the community to celebrate at their local store on September 18 from 11 a.m. to 1 p.m. 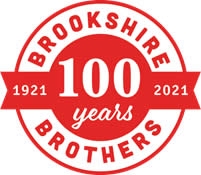 In 1921, two brothers had a dream. At that time, the concept of a “grocery store” as it is known today didn’t really exist. The “Roaring Twenties” hadn’t taken off just yet, and the country was in the process of getting back on track after World War I.

In the midst of uncertainty and turmoil, brothers Austin and Tom Brookshire, each a veteran of the Great War, pooled their resources in an attempt to create their own grocery store.

“They had a small counter, and it only had one cash register,” said Austin’s son Eugene Brookshire. “People living out of town would come in and buy big quantities of everything.”

By 1928, thanks to the help and hard work of family and friends, Brookshire Brothers began to expand throughout East Texas. By 1938, Brookshire Brothers included 32 stores, and by 1957, the franchise made a graceful exit from a country grocery store and jumped full-speed into the modern supermarket era. The company’s first official supermarket – store No. 8 – opened in Carthage that very year. In 1966, three sons of Austin Brookshire – R.A., Eugene and Oscar – assumed leadership of the company, which grew to 69 stores in East Texas and western Louisiana.

Growth occurred through different means, including building new facilities and purchasing existing stores. The 1990s brought about numerous changes as the company continued its search for ways to meet the needs of its communities. In 1991, the company began selling gasoline, and in 1992, they opened their first pharmacy.

Brookshire Brothers faced numerous challenges throughout the years, including a brief period when selling out to a competitor seemed like a valid option. However, in 1999, Brookshire Brothers finalized its status in the Employee Stock Ownership Plan, giving every employee the opportunity to own a piece of the company. By 2006, Brookshire Brothers became 100% employee owned and still proudly carries that designation today.

From a tiny, country store to an ever-growing franchise, Brookshire Brothers has proven that success comes from a willingness to work hard, an insistence on self-reliance and a focus on service. President and CEO John Alston said the company’s core values and focus on family and community are what sets them apart.

“We treat our customers with respect, and we take care of our employee owners; we place a great importance on providing high quality products; and our core values of quality, community-minded action, growth and inspiration, passionate commitment to our work and friendliness that feels like home drives our business in every way possible.”

Alston said that being a community grocer carries a certain responsibility that the company carries with pride.

“We are there when disaster strikes and our neighbors need a hot meal. We are there to purchase your son or daughter’s livestock animal they so carefully raised throughout the year. We are there for the local festival or city-sponsored event,” Alston said. “We show up with bottles of water on a hot day and a helping hand when we’re needed most. We take our service-minded attitudes outside the walls of our stores, warehouse and corporate office so we can share them with you.

“A lot can change in 100 years, but as we look forward to the next century, we hope our communities know that there are some things that will never change: most importantly, our commitment to them.”