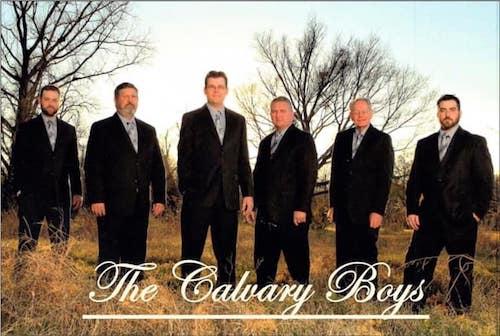 January 16, 2020 - The Calvary Boys will be in Concert at Providence Missionary Baptist Church on Saturday, January 18, 2020 at 6:30pm. There will be Refreshments after their performance. We invite all to come and share an evening of Blessings and Gospel music.

While many of you are just discovering the Calvary Boys Quartet (CBQ) you may be interested to know a little history about the group. In 1970, when the Beatles were at the top of the pop music charts, the Vietnam War was in full swing, Richard Nixon was the president, riots and protests rocked the nation, 8-track tapes were the norm and no one had even dreamed of a VCR much less digital video, a young group of gospel singers, coached and led by their mentor, Waylon Moore, emerged. Singing for churches, homecomings, radio programs and just about anywhere they were asked to, the young group began to develop a following. Encouraged to do so, the group (who were all FFA members at the local high school) entered competitions and won awards - most notably winning both state and regional FFA talent competitions. But they were known then as the Farmers Quartet.

Inspired by early success and with lots of encouragement from parents, friends and fans, the group changed their name to the Calvary Boys Quartet and started performing more and larger venues. Aubrey King (d. 2012) and Chip Roberson are original members of the quartet. Their first album ‘Our First - At Last’ was released in 1972. In 1981 Ron Meadows joined the group as the lead singer and in 1983 Bill Smith joined the group as bass.

So as you can see, it is no accident that these men, performing together as a group for over 25 years have developed the rich full and mature sound that you enjoy today. But it is more than just the music.

Chip, who is also the music minister for his local church, enjoys traveling and feels that since God gave him the talent of singing, he needs to use this God-given talent as his ministry to glorify God. Bill just gets joy out of singing and takes pride in the fact that the hard work pays off - that the great harmony may touch the hearts of the audience. Ron Meadows put it quite well, ‘We enjoy each other’s company and we have something to sing about’.

And the beat goes on...... It is inevitable that young men will grow up and want to emulate their fathers. That is particularly wonderful when their fathers are Gospel singers. In 2001 a group comprised of Andrew and Aaron King (sons of Aubrey) and Timothy Roberson (son of Chip), each individually blessed with his own singing talent, launched their group - The Calvary Boys Trio. Led by Andrew, their first concert was in 2001. The group regularly performs on stage with the Calvary Boys and released their own album in 2004. When Andrew left to sing with the nationally acclaimed Dixie Melody Boys, his place was filled by Chip for their on-stage performances.