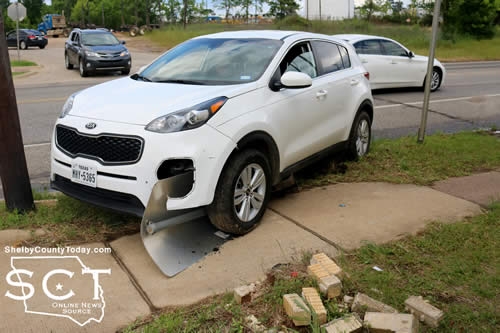 May 11, 2020 - Center Police Officers were alerted to a crash incident just before the intersection of Shelbyville Street and Martin Luther King Drive May 8, 2020.

At the scene it appeared a white Kia crossed Shelbyville Street and struck a speed limit sign where it came to a stop. 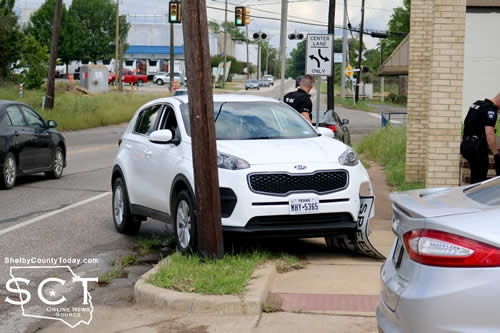 A group of bystanders were at the scene with Center Police Officers Robert Lee and Brian Wright as they were investigating the crash. EMS personnel arrived at the scene and after consulting with the apparent driver of the vehicle they departed.

Officers then took the man into custody and he was transported from the scene in a Center Police Department patrol vehicle. 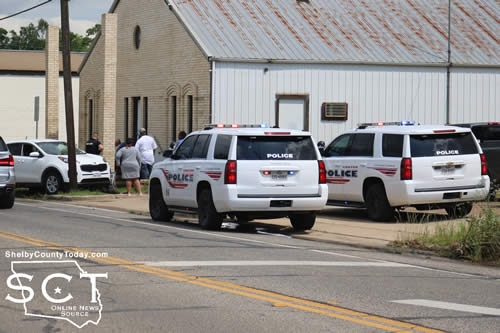 According to the Shelby County Jail log Casedrick Goodwin, 44, of Center was arrested on charges of driving while intoxicated, misdemeanor B; and possession of a controlled substance, fourth degree felony. 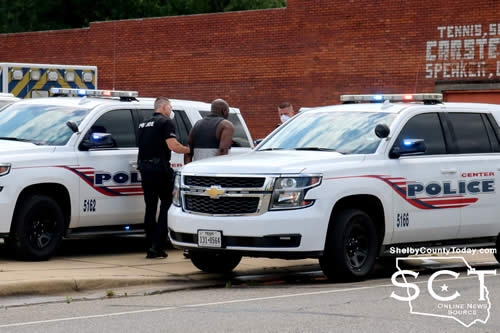