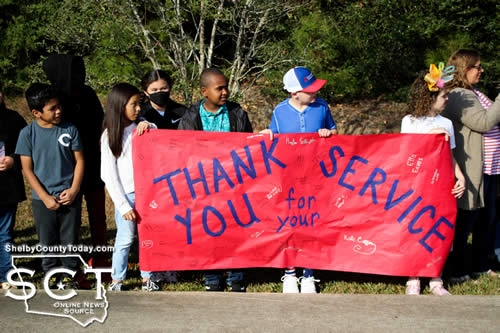 November 13, 2021 - (Album) - Center Elementary Students hosted a Veteran's Day Parade November 10, 2021, in honor of those who have served. In addition to that honor, the students were treated to the landing of a military helicopter directly on their school grounds.

James Beasley, Elementary Assistant Principle, and veteran himself was instrumental in arranging the arrival of the helicopter and he said all the glory goes to God on being able to arrange the events of the day. 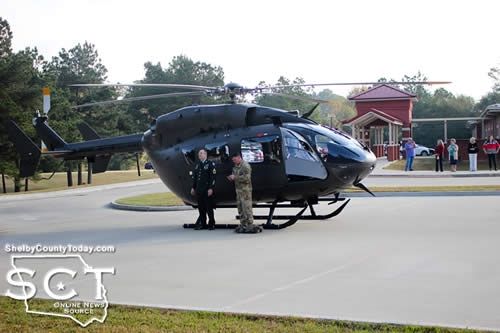 A Lakota helicopter piloted by Justin Winstead, United States Army Chief Warrant Officer 4, flew all the way from Fort Polk in Louisiana and sat down in the Center Elementary School parking lot, and the Veterans Parade promptly began at 09:00 hours.

Leading the parade was the Center High School Roughrider Band and they were followed by Veterans who were traveling by automobile. 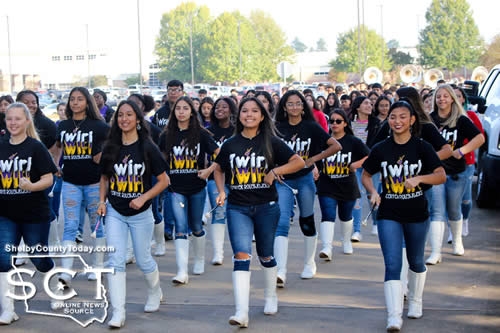 Students were staged all along the drive into the school grounds and many of them had banners and letters with messages welcoming the veterans.

Once the parade concluded, a line of students formed leading to the helicopter where they posed for photos and had the great joy of actually getting inside the helicopter. 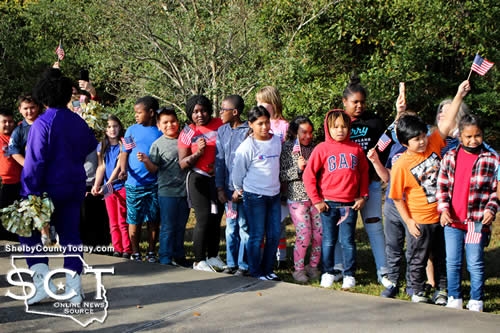 After all of the students had the opportunity to tour the helicopter, they returned to the school building where they were allowed a Q&A session with the veterans.