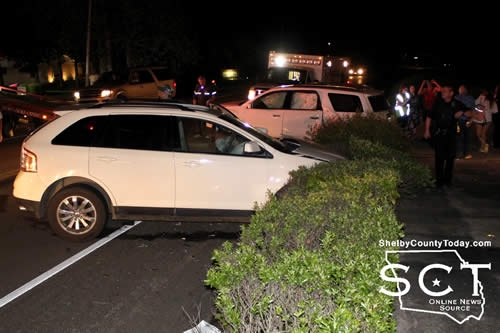 The crash occurred just before the intersection with Hudson Street at around 8:30pm. 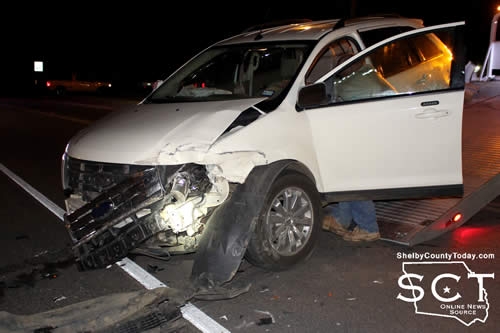 When officers arrived, a white 2007 Ford Edge had come to rest in some bushes and a white 2008 GMC Acadia was facing out from a private driveway.

According to Center Police Officer Maegan Wright, a white 2007 Ford Edge driven by Bradley Porter, 29, was northbound on Tenaha Street. As the Ford approached a private driveway, a white 2008 GMC Acadia driven by Corbin Odom, 18, entered Tenaha Street in front of the Ford and caused the vehicles to collide.

Maggie Vaughn, 30, a passenger in the Ford was transported by ambulance to Nacogdoches Medical Center - Shelby Emergency Department for possible treatment.

Odom was not reported to have been injured, a 17-year-old and 16-year-old passenger were both in the GMC and the 17-year-old was taken by private vehicle to a medical facility.

Odom was issued a citation for failure to yield right of way and Porter and Vaughn were each issued citations for open container. 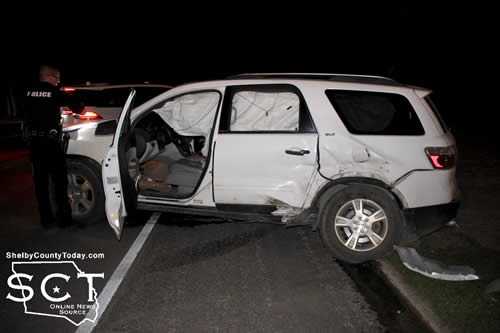 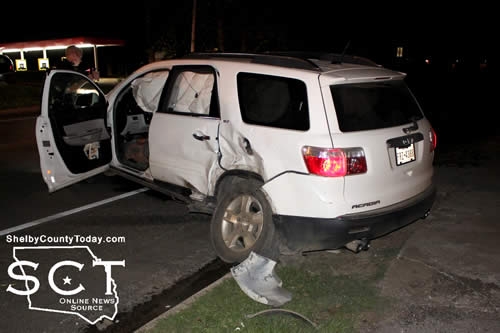