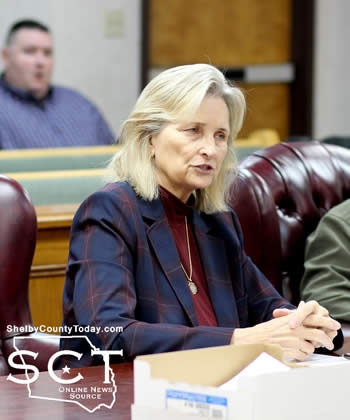 January 7, 2021 - The Shelby County Commissioners were presented with a revealing picture of the current state of the responsibilities of the District Attorney's office during their meeting January 6, 2021, and newly sworn-in DA Karren Price made some requests of the county to help improve on what is lacking.

She described how she was aware things were not in good shape at the District Attorney's office; however, she stated the office is actually in poor shape and in sharing that information she wasn't ascribing blame to anyone in particular.

She outlined the responsibility is to seek justice for everyone, help protect families and friends, property and try to find justice for those victims.

"When a case sits over here for four or five years and a guy sits in jail on the charge and he can't get through the courtroom, nobody's getting justice from that. Not you, not me. I told folks I'd be honest with them when I ran, and that I'd do my dead level best to get these cases moved and I'm asking your help in doing that," said Price. 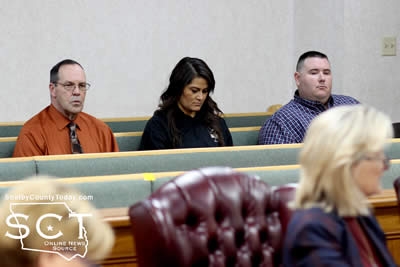 She enlightened the commissioners there are nine pending murder cases on the docket, with one of them being for capital murder case. Also, what sounded like an exorbitant amount of sexual assault of children cases open was brought to the commissioners' attention.

Price stated there is a "drawer" full of drug cases needing to be addressed.

In discussing seizure money, Price remarked that up until this time those funds have been being used to supplement salaries at the District Attorney's office and if seizure money became available it could possibly be used to pay the county back for needed software. 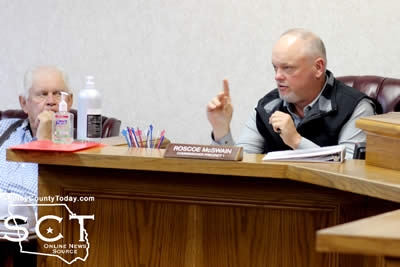 Pictured are (from left) Commissioners Jimmy Lout and Roscoe McSwain

"If there's seizure money that comes in, and it's available, number one I'm not going to give it away to some agency that I'm playing favorites with that's not going to happen," said Price, who was followed by Roscoe McSwain stating it has happened. "It won't happen again, I would be just tickled to death if we have seizure money that comes available later this year to even reimburse the county."

Price stated that's a purpose for which Congress intended such funds to be used, should the money be available. She said she would prefer not to use all seizure funds to supplement salaries.

"I can confirm based on what we found as far as the bank statement information concerning payroll and tax submittals of that payroll that just about all of that money is being used for supplement currently, there is none available," said Clint Porterfield, County Auditor.

McSwain pointed out an error in the past at the District Attorney's office involving the use of supplements for employees and a lack of transparency.

"Three employees got the supplement, one left, on their own (District Attorney's office) without court approval, we were supposed to approve how that money is spent, they divided that one supplement between two more people and I'm not saying that to stir up nothin'. Just saying that's how it's been, that ain't the way it's supposed to work, and it's supposed to come back to court," said McSwain. 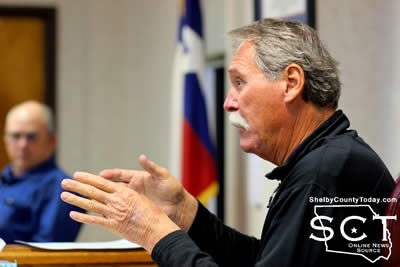 Tom Bellmyer, Commissioner Precinct 4, asked Price what the greatest priority is of her offices needs, and she indicated a lawyer to be an assistant is the highest priority. Bellmyer asked if an assistant would represent the county in court or strictly work through Price's office assisting her.

"An assistant DA as we are currently structured, and I don't anticipate that changing, is that an assistant DA works in District Court on felony cases only. That's what my office does; however, I have agreed to help Mr. Rholes (County Attorney) in the County Attorney's functions and the assistant would represent the Department of Child Protective Services," said Price.

Price elaborated on another issue the county is facing, and that is enforcement of probation revocations. She indicated her office is now going to have to address a large number of cases which, according to her, have not been handled.

"There are two drawers full, close to 100 cases, of revocation cases. That's people who were on probation who've broken their contract with the District Court, they violated the terms of that contract and we can't get around to them," said Price. "Don't ask me why we can't get around to them, because a revocation is not like a jury trial where you're trying to condemn someone, it's a contractual matter, it's a preponderance of the evidence standard of proof."

Price described a warrant being issued the day before the meeting by Judge LeAnn Rafferty, 123rd Judicial District Court, for an individual who has been in violation for over three years and nothing has been done to hold this person accountable for their actions.

"[She] was ordered to go to a rehab inpatient rehab for a year, nothing done. We can't get a handle on the problem if you just ignore what the problems are," said Price. "There's no deterrent at all, period. There's no punishment and there's no deterrent. I don't know where you go from there other than to just kiss em all and turn them loose at the front door, because that's what we've been doing. I'd like to change that."

Price reminded the court, the county is to keep a disposition rate of 90% as mandated by the state and anything less than that slows the wheels of justice and Judge Allison Harbison remarked that puts potential grants in jeopardy.

"COVID hasn't helped, but COVID is not to blame for the shape this docket's in. It's as bad as it's ever been and I've been doing this a long time," said Price. "In 1997, when Judge Griffin was on the bench and Judge John Mitchell was on the bench and I was elected to my second term as DA, in that calendar year I personally tried 14 jury trials and I can't do that in 2021 by myself."

She explained she can't physically match that number in 2021 without help, and it has to be done. Price requested $46,000 be added to the District Attorney budget for an administrative position that is currently vacant and to bring the budget for that position to $80,000. This would be for a contract employee and not an employee with benefits.

Price says she believes her request to be reasonable and necessary to carry out the statutory duties of her office.

Clint Porterfield, County Auditor, spoke to the addition of an assistant District Attorney and he said any person hired would have to be hired as an employee with benefits as the county would be bound by the IRS and the Fair Labor Standards Act.

"We would be establishing the office for the person, we would be supervising the position, and we would be designating the work schedule of that person and based on some of those factors it cannot be a contract position, it has to be a county employee with benefits," said Porterfield.

Regarding the disposition rate of cases through the District Attorney's office in the past, Price provided a revelation on the legitimacy of those percentages.

"The numbers have been manipulated in my office, and the way one manipulates numbers is when it's time to report those numbers you go in and you do a massive dismissal and then 30 days later you re-indict those same people, and so the numbers go right back up," said Price. "That's how the numbers have been manipulated, and most of y'all know me, most of y'all have known me all my life or all your life. I don't play that way, I don't intend to trick anybody around here, that's not my game."

McSwain stated that is wrong when cases have been dismissed against individuals as he stated he has known people who that has happened to and he said it's wrong.

Price informed the court she was contacted by a representative of DETCOG regarding a Forensic Evidence Reimbursement grant which would potentially alleviate cost to the county for autopsies up to a total cost of $1,000,000.

"We are probably eligible for it and he's going to walk us through on that application process. We've already begun," said Price. "Autopsies, DNA, all of those expensive analysis that we have to have in the course of investigations; hopefully, we'll have a grant to reimburse the county's expenditure for it."

Porterfield commented on the need of the commissioners' court to have the information for the grant application and their responsibility to handle such arrangements.

"The commissioners court is the contracting authority for all grants and should be given the approval for application of a grant, and especially an establishment of a fund to handle the grant should be approved by the commissioners' court," said Porterfield.

Price informed the court of a software called TechShare which is utilized by 252 counties in Texas, which Shelby and one other county are the only two not included in that number, and she explained how valuable the software would be to prosecutors.

Price suggested the possibility of the City of Center sharing in handling the expense. Porterfield reminded the court of the necessity for an interlocal agreement.

A motion carried to table the requests of Price until the next meeting Wednesday, January 13, where an executive session will be scheduled due to discussion of personnel, and a decision should be made following that executive session. Price and Rholes were also requested to be present for the executive session. 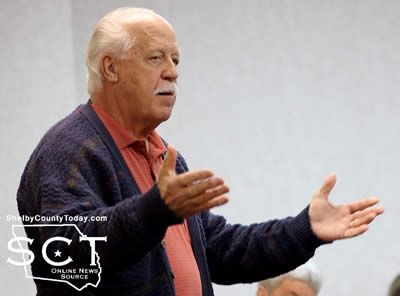 A motion carried by the commissioners to accept the Shelby County Historical Commission 2021-2022 membership list.

The meeting was adjourned at 10:18am.