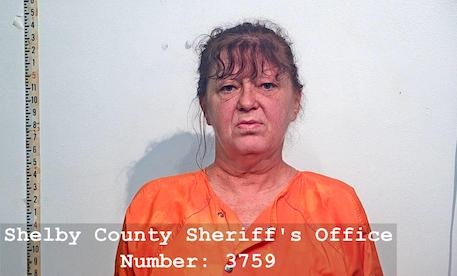 June 3, 2020 - The Shelby County Sheriff's Department released additional information regarding the arrest of a Joaquin woman on murder charges.

Renshaw was arrested in connection with the death of Harold Glyne Glaze of Mansfield that occurred in September 2019. Glaze was found unresponsive at the home of Renshaw. After preliminary autopsy results were received, the case was ruled as a homicide.

Renshaw was previously arrested on two counts of Tampering with Physical Evidence in November 2019 in connection with this case.

Renshaw is currently being held at the Shelby County Jail on a one million dollar bond.

June 2, 2020 - Authorities have arrested a murder suspect in the Joaquin area who was being sought by the Shelby County Sheriff’s Office.

Devail Laree Renshaw, 51, of Joaquin was arrested without incident Tuesday, June 2, 2020 at 9:30am for the charge of murder, 1st degree.

Roy Cheatwood, Constable Precinct 3, located Renshaw at Shook's Trailer Park in Joaquin where he placed her in custody at that time and transported her to the Shelby County Jail.