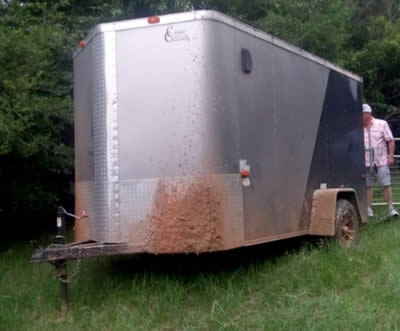 May 18, 2021 - Constable Precinct 3 Roy Cheatwood reports two incidents Sunday, May 16, 2021, which resulted in the recovery of stolen items.

Between 4pm and 5pm on Sunday a call was received about a stolen firearm which had been taken on that day. Assisted by Texas Department of Public Safety State Trooper Keith Jones, Constable Cheatwood responded to the house where the gun had been stolen and through investigation a potential suspect was determined. 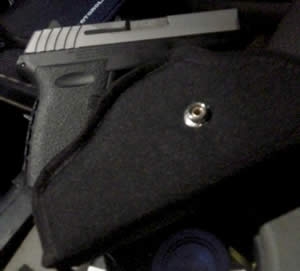 It was determined the trailer was a 2015 model 12-14 foot long and had been stolen out of Nacogdoches County, and was being sought by officers there. The firearm, a Sccy 9mm, was also recovered off a location on Connell's Ferry Road. Both of these investigations remain ongoing.

Constable Cheatwood reports this is the 40th vehicle recovered by his office in four years, and one of numerous stolen firearms. He expressed appreciation to members of the community for their help in these two cases and to the Texas Department of Public Safety for their assistance.