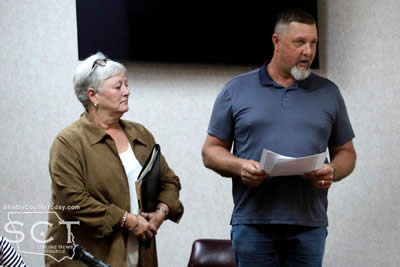 The Paxton/Jackson Water Supply is seeking to upgrade their system and has approached the county for assistance in accomplishing this endeavor.

The commissioners considered the possibility of funding the project alongside the Huber water project which is being funded with American Rescue Plan Act (ARPA) funds; however, at the recommendation of GrantWorks who administers the grant the county was encouraged to directly fund the Paxton/Jackson project separately of the Huber project. 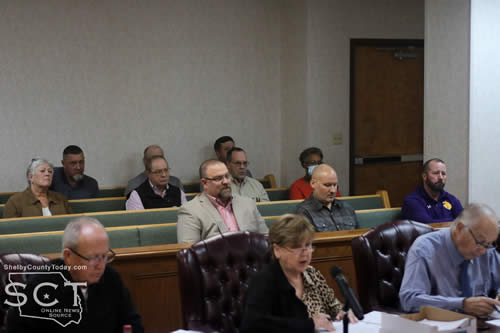 Stacy Cranford and Becky Barker, representatives of Paxton/Jackson Water Supply, addressed the commissioners about the project, which is for a 7 inch, possibly an 8 inch, straight wall well. Cranford said the projected cost is $263,277 for the well itself, and additional cost for electrical, plumbing, road, and fencing was around $40,000 plus $10,000 in legal fees and around $37,000 for TCEQ permits, paperwork and sanitary easement control. Cranford said the estimated cost is around $350,277.

Cranford said other wells in the area produce 100 to 120 gallons per minute and he confirmed that amount will supply normal demand while Joaquin remains as a backup to the system. He said long-term planning would dictate drilling another well in the future.

"The ARPA money was allotted to Shelby County per population, so we're just investing this back into the people that allowed us to get the funds anyway because it was per population," said County Judge Allison Harbison. 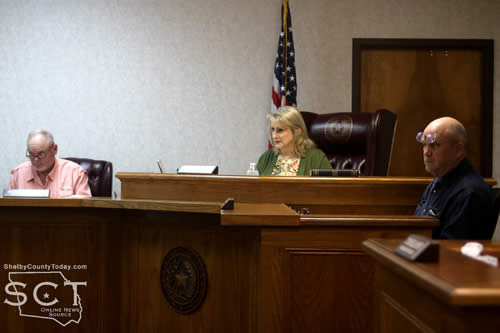 She further commented she believed it to be a good investment in the citizens.

A motion carried to move forward with the well cost, hookup and plumbing at a cost of $350,277 and add a 6% cushion for unforeseen add-on costs.

The commissioners were presented with a resolution to designate a portion of U.S. Highway 84 west of Joaquin as the “Lt. Gen. O.R. 'Cotton' Whiddon Memorial Highway.”

"What they're trying to do is they're trying to get a portion of the highway out by Crystal Lake on [U.S.] 84 and designate a certain stretch as this highway for this gentleman who served his country and is a Shelby County native," said Judge Harbison. "They have to get it from the city, as well as from the county." 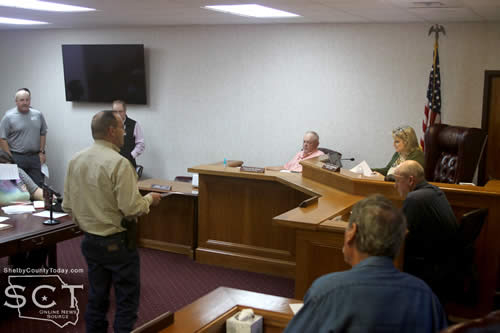 Mark Dawson, with Whitaker Plumbing, who previously worked on repairing issues with the system in 2022 explained that before performing the repairs in 2022 water was holding in the pipes below the jail and was actually preventing the gases from coming to the surface and into the building. Now that the pipes are relined, the gases are entering the building from the pipes from multiple cracks in the cast iron pipes.

Tom Bellmyer, Commissioner Precinct 4, inquired about the possibility of replacing the cast iron with PVC pipe; however, the code doesn't allow for that option, and it has to be replaced with cast iron.

A motion carried to table the discussion until the January 18 meeting when there may be an answer on how to fund the project. 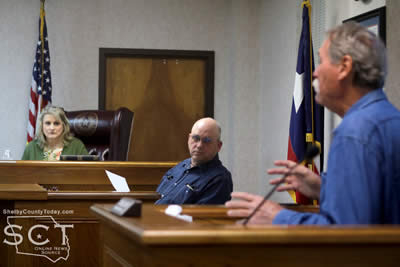