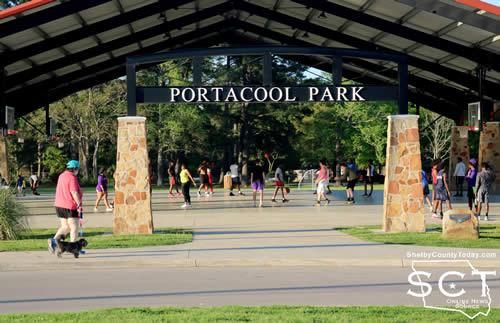 As around 40 people play basketball on the courts, a woman is seen in the foreground
wearing a mask as she walks her dog.

March 25, 2020 - COVID-19 has had a broad sweeping effect on the world, and in Texas Gov. Greg Abbott has closed school, bars, restaurants and limited gatherings.

Cases have continued to rise across the country and the death toll keeps climbing for people of varying ages.

In response Shelby County businesses have limited themselves to just take out and delivery, churches have moved to online worship, events have been cancelled as the majority would go well beyond the limited gatherings of 10 or more people in attendance. 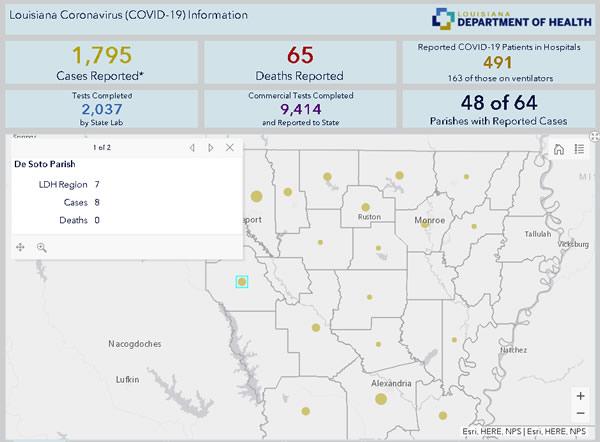 Activities at most parks in Center appear to be within the requested numbers. People can be sporadically seen in the city parks at great distances from one another as they exercise. That however, is not the case at a local basketball park where large groups of people are gathering nightly to play basketball, which is a contact sport and can't be played while practicing social distancing.

A concerned citizen contacted Shelby County Today about the prevalence of activities during the evenings at the park.

The Coronavirus has proved itself not to be limited to just the elderly. People in their teens, 20s and 30s have caught the virus as well, with some even dying. Youth is not immunity.

COVID-19 creeps closer with cases quickly spreading in Louisiana, such as in nearby DeSoto Parish with eight cases, and cases being reported in neighboring counties including Rusk, and Nacogdoches as well as Angelina. From March 24 to March 25, 34 counties have been added to the list of infected areas in Texas.

As many have and continue to sacrifice as well as take social distancing seriously, every one of us needs to take the threat seriously and help stop the spread.