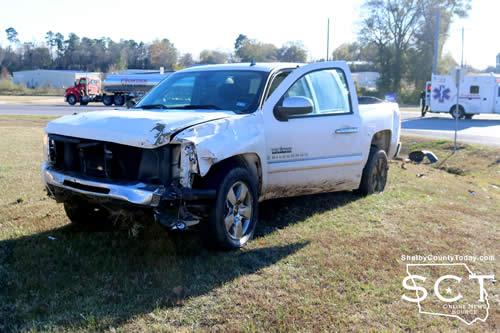 According to Center Police Officer Spencer Anderson, at 3:04pm a blue Ford 2011 driven by Dorothy Niemeier, 72, of Woodville, Texas was westbound on State Highway 7 when she failed to yield right of way to oncoming traffic as she turned left onto Loop 500. 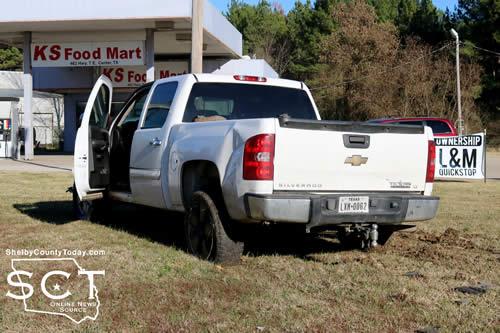 At that time a white 2009 Chevrolet Silverado driven by Dwight Stevenson, 32, of Mansfield, Louisiana was eastbound on State Highway 7 and as the Ford pulled in front of him a collision occurred.

The Ford remained in the middle of the roadway and the Chevrolet continued into a nearby ditch where it came to rest. 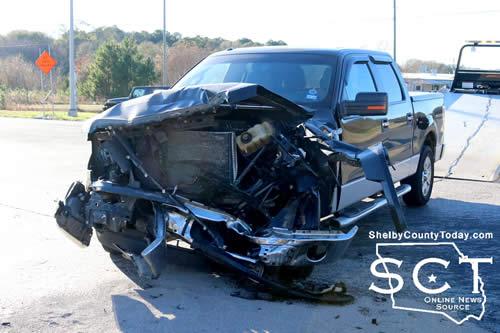 Stevenson was transported by ambulance to Nacogdoches Medical Center - Shelby Emergency Department for treatment of possible injuries. No citations were issued at the time of the crash.

Texas Department of Public Safety assisted at the scene and Center Fire Department diverted traffic around the crash scene. 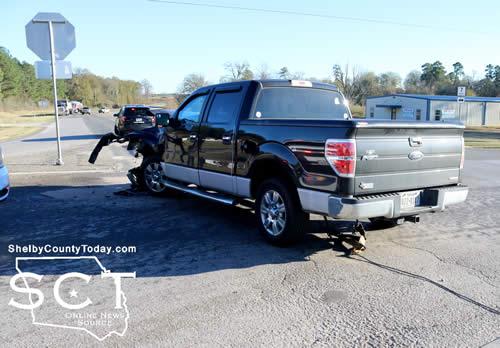 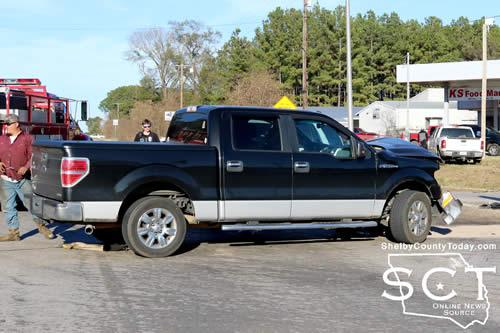 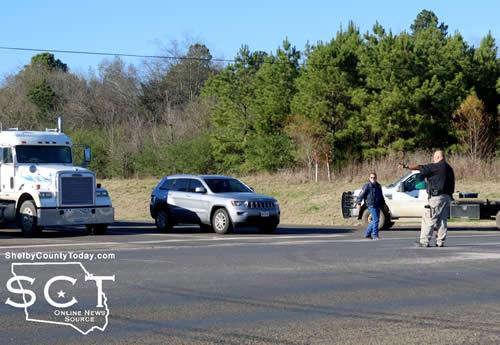 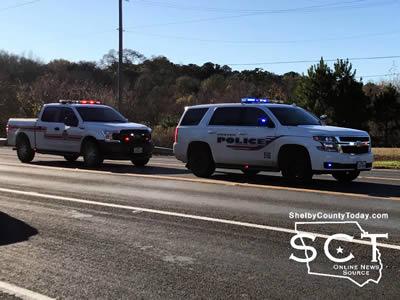