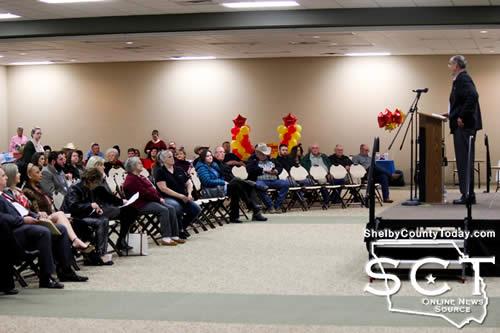 January 25, 2020 - (Album) - Candidates for the upcoming election were present for a "Meet the Candidates" event held at the John D. Windham Civic Center in Center on Friday, January 24, 2020.

Many of the candidates had tables, which were stationed around the room, where they could be available to speak directly to their constituents prior to the main event.

Before the candidates took to the stage and began addressing the audience, Bro. Gordon Vaughn gave a brief sermon and gave an opening prayer.

A brief introduction to the event as well as the rules and regulations for all involved, including the audience, was given by Ruston Bush. Each candidate was then invited to the stage by J.J. Ford. 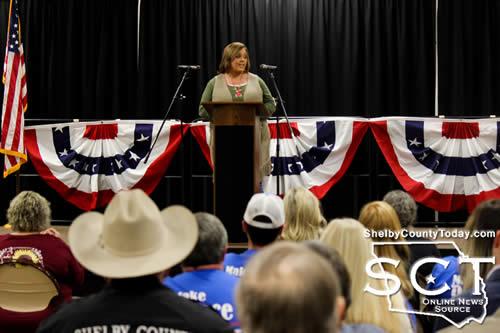 Each candidate had the opportunity to introduce themselves to the audience and share their political platform. 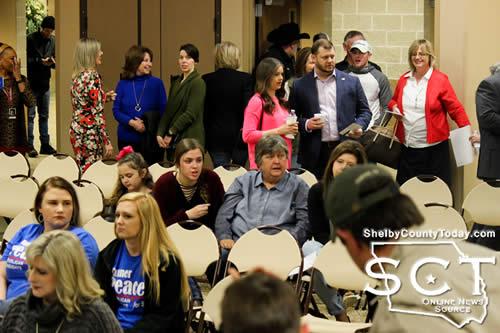