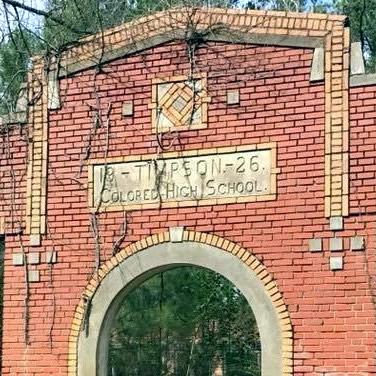 March 25, 2019 - In the half century since it closed, the Timpson Colored School had deteriorated and become overgrown to the point that many residents didn't know it existed. Two years ago Charleston Johnson and other local volunteers cut back brush and hauled off debris to reveal what remains of the nearly 100 year-old landmark. At their March meeting, the Timpson Area Genealogical and Heritage Society heard city councilwoman Teri Alexander and community leader and educator Vernett Richardson emphasize the historic significance of the former school building and outline plans to create a 501c non-profit organization as a vehicle for the structure's restoration and preservation.

Councilwoman Alexander, who is now the property owner, said that although some of the school is still in fairly good condition, much of it has collapsed and the complete restoration of the school is beyond any current vision for the property. The most pressing needs now are the prevention of further deterioration of the structure and the creation of a 501c to allow donations to be tax deductible, she stated. Alexander noted that she had received the forms necessary for the establishment of a 501c and that they were very lengthy and detailed, especially regarding the history of the building. Built in 1926 for $10,000, the building was furnished with a $1,500 grant from the Julius Rosenwald Foundation. She said that the local community has been enthusiastic about the project from its inception but that it has really “taken off” since the clean-up work now that the building can more clearly be seen from the street. 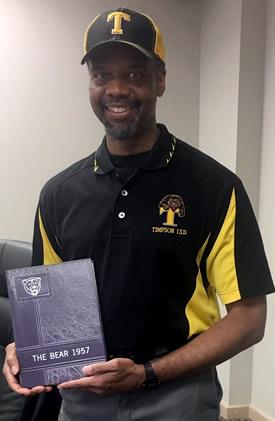 Also addressing the meeting was native Timpsonian Vernett Richardson, who returned to Timpson after retiring from the Navy and now teaches at Timpson High School. He revealed that he had shared information about the project with friends around the nation and that he has been amazed by the overwhelmingly positive response he has received from them. “Timpson has a treasure of great value for more that just the city which must be honored and preserved” was the general consensus," he said. Richardson said he had shown some of the photos and videos of the work at the site with his current THS students, who “were amazed to find that Timpson once had two schools.” 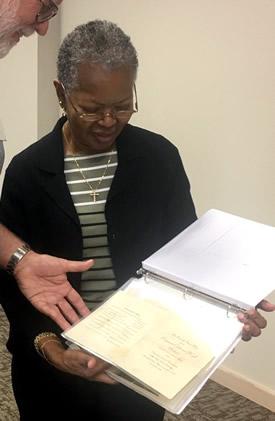 He shared that the Timpson Colored School only produced one school yearbook, in 1957, and he displayed a pristine copy which had been loaned to him. Also displayed were graduation programs, play programs, and photos dating back to the 1930s which had belonged to Savannah Puckett Hooper and were brought her daughter, Joyce Hooper Tucker. Personal recollections, documents, and memorabilia of this sort are valuable resources in the historical documentation of the site required by the IRS for a 501c designation. “I know there is information out there and I know there are people still living who attended the school who can provide information”, declared Alexander.

Richardson noted that a Facebook page for the school had been established at 'Timpson ColoredSchool' which features photos and posts about the school and the project. Alexander said that once the 501c non-profit organization is established, she will donate the property to it in hopes that it will be preserved into perpetuity. She said that her research indicates that the school is the only one in Texas bearing the inscription “Colored School” which still exists.

The excitement and enthusiasm of those in attendance at the meeting for the project was palpable and some were ready to get to work right away. As attendee Odell Holmon said “Can we start doing something or do we have to wait?”

TAGHS meets at 2PM on the third Wednesday of each month in the Meeting Room of the Timpson Public Library on the corner of Austin and Bremond Streets. The public is invited. 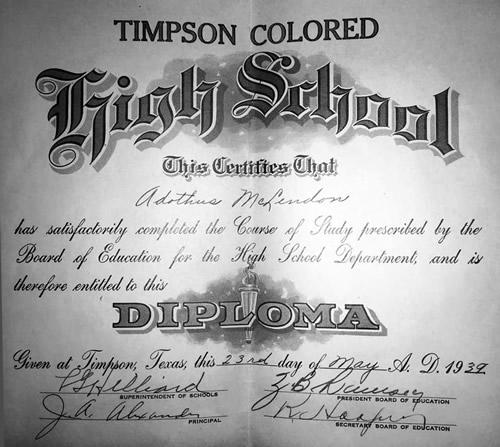