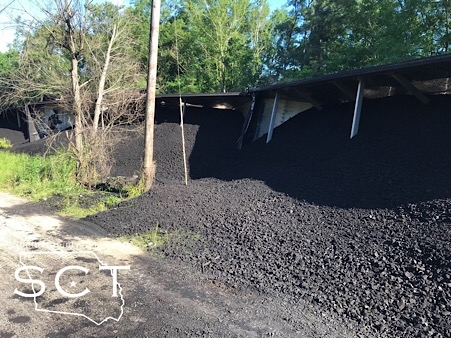 May 10, 2021 - (Update): Debris from the train derailment which occurred in Joaquin on Friday, May 7, 2021, has been cleared and all crossings are once again open.

At this time, in relation to a cause of the incident, BNSF states the derailment remains under investigation.

Constable Cheatwood reports remaining with work crews into the night to help them get equipment across the roadway safely, and some of the damaged train cars remain in the area awaiting removal.

May 8, 2021 - (Update): BNSF confirms a coal train derailed in Joaquin around 3:40pm on May 7. Initial reports indicate 18 cars derailed, with 13 on their sides and the remaining five still upright.

There were no injuries and BNSF responders are on scene.

The conpany says their primary focus is to address any safety issues. An investigation is under way.

May 7, 2021 - A train derailment in Joaquin has lost a load of coal on tracks running along Southern Avenue and East Saddle Street.

The crossing at Southern avenue, Chalk street and East Saddle street are all currently impassable.

East Saddle Street is also likely to be shutdown for some time. 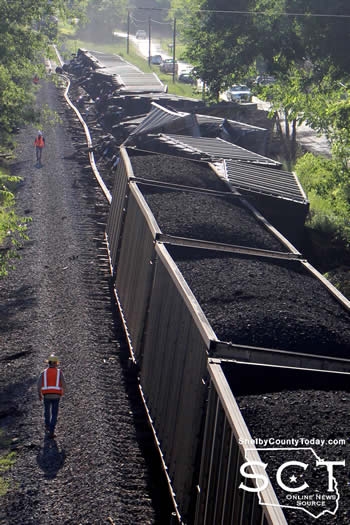 Information on this incident will be updated as it’s made available.

Constable Roy Cheatwood stated he contacted Jody Covington who owns property across from the railroad tracks to allow the staging of equipment. 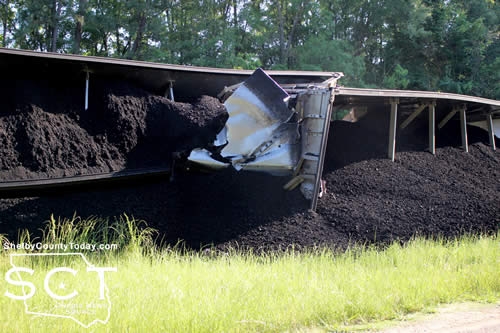 Several of the cars involved in the crash received considerable damage. 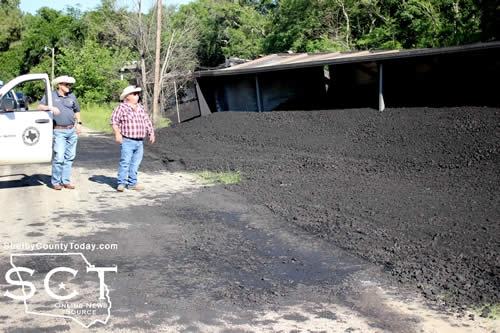 Constables Josh Tipton and Roy Cheatwood are seen observing the debris field from the train derailment. 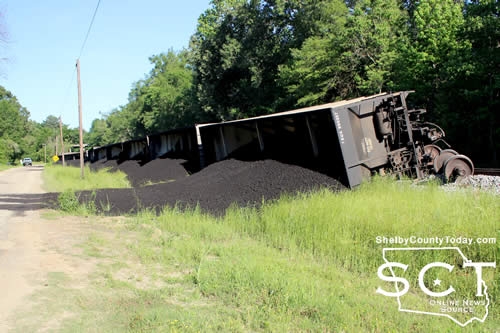 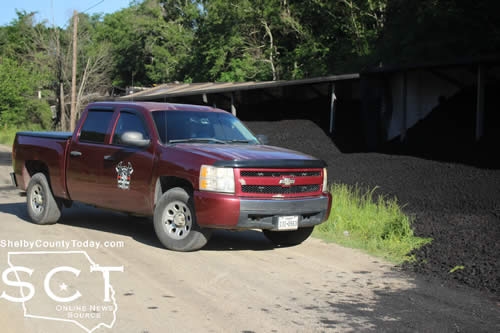