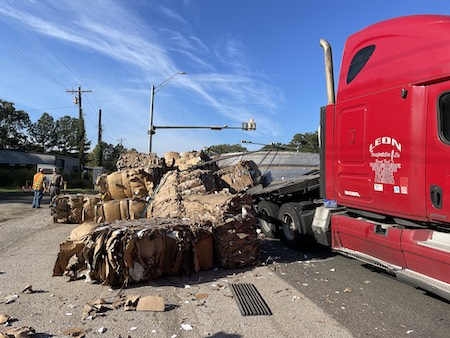 November 7, 2022 - Over the week of October 30 through November 5th the Joaquin Volunteer Fire Department responded to 3 separate pages. Here’s a summary of the weeks events. 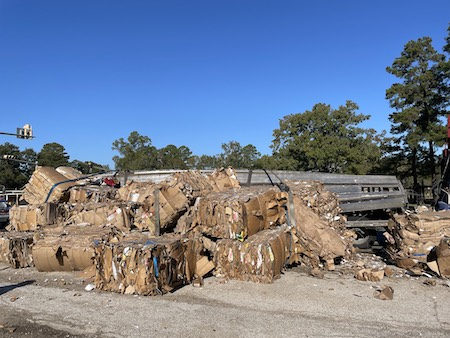 On Monday morning a page was received for a semi trailer turned on its side at the intersection of Highway 7 and Highway 84 East. The tractor trailer had been carrying a load of cardboard bales and tipped over after making the turn on to Highway 7. Luckily, the truck remained upright after the accident and the driver was unharmed. The JVFD provided traffic control until the tractor trailer could be removed from the roadway, and TxDOT cleared the remaining debris. 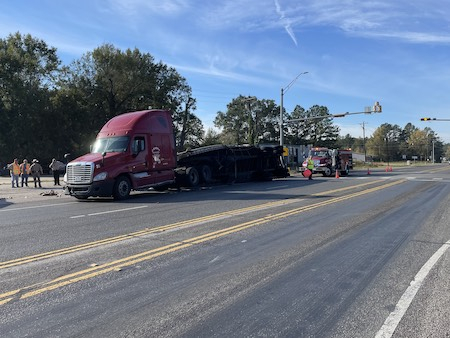 Next on Saturday morning, a call came in for a tree touching a power line on FM 2787. The line was not broken but it was still live causing the tree to smoke and occasionally flare up with fire. The electric company was notified, but due to many crews being busy fixing outages from the previous nights storms, it would take some time for a crew to respond. The JVFD remained on site for about an hour before clearing the scene.

Saturday night another call would be received, this time for heavy smoke near a residence on Highway 7 East. Upon arriving, the Joaquin VFD was able to determine that the smoke was coming from a burn pile at another residence beside the callers. With the burn ban lifted, and the fire not posing an immediate threat to any homes or property, the scene was cleared.

Two other pages were received throughout the week but were recalled shortly after, one due to being out of jurisdiction and the other due to the JVFDs mutual aid not being required.

With that, this report will come to a close. The Joaquin Volunteer Fire Department hopes everyone has a great and safe week ahead.